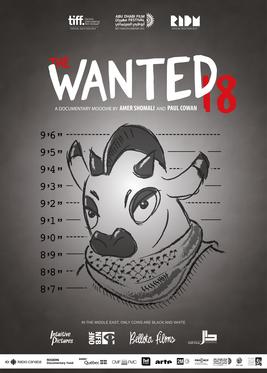 In the many documentaries made about the First Intifada (1987-93), humor and wry wit are usually in short supply. In the 2014 film The Wanted 18, the quest for acquiring and then preserving 18 cows for a Palestinian town’s self-sufficiency takes on a mythical, and comic, tone.

The power of the film is that it presents Palestinians talking about resistance to Israel’s intrusion into every aspect of their lives, the arbitrary arrests, and curfews. Also, the disappointment the residents of Beit Sahour felt when the Oslo Accords failed to bring substantive change for them.

This is not a deep dive into the background of events that lead to the First Intifada but rather an amusing snapshot of many of the issues prevalent at the time.

The Israelis interviewed, IDF commanders during this period, do Israel no favors, sounding resolutely cruel in viewing every interaction with Palestinians as an opportunity to assert dominance on the local population.