The cat with our Jewish Space Laser™ 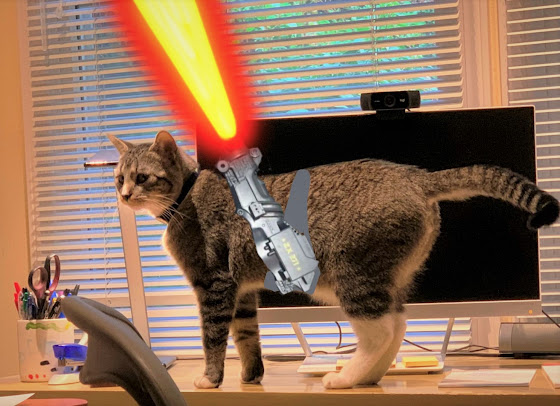 A brief descriptions of the Jewish Space Lasers hashtag from The Jerusalem Post:

Among the many posts being unearthed amid renewed scrutiny of Marjorie Taylor Greene’s social media history is one in which the new congresswoman implicated “Rothschild Inc” in connection with a deadly forest fire that, she wrote, was started using secret laser beams from space.

Greene, a freshman Republican from Georgia who made waves during the campaign for her promotion of the QAnon conspiracy theory, made the accusation in a 2018 Facebook post that is no longer visible. In the post, Greene offers a mix of evidence-free speculation as to what caused the 2018 Camp Fire, which burned more than 150,000 acres and killed 85 people.