Every Time We Cross A Field This Happens To Us 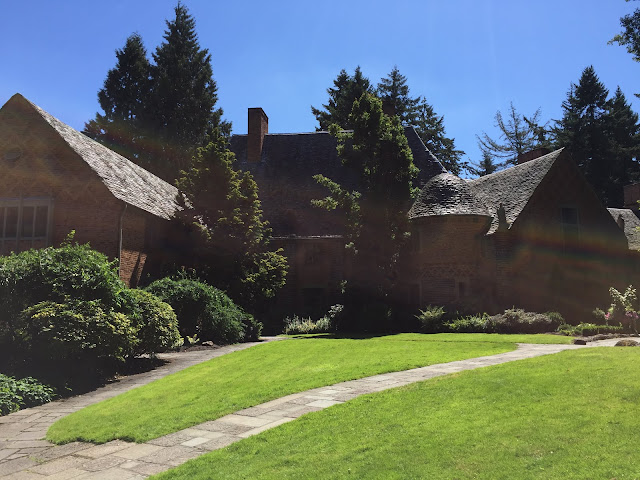 Guide To Hamilton The Musical Created By Actual Historian


A Guide to Hamilton: The Revolution

By BFTSM and his daughter,

Alexander Hamilton:  A bastard and an orphan from the West Indies, Hamilton was one of the most aristocratic (despite the image the play presents) of the Founding Fathers.  During the American Revolution he was chief staff aide to George Washington.  After the war he was a major contributor to the Federalist Papers, a strong supporter of the U.S. Constitution, and founder of the Coast Guard.  As the first secretary of the Treasury, he promoted the federal assumption of states’ debts (to bind the wealthy to the new government) and the creation of a national bank.  He also supported tariffs (to promote industrialization) and friendly relations with Great Britain during the 1790s (in the wake of the French Revolution).  As a founder and leader of the Federalist Party, he was opposed by the Democratic-Republican Party, led by Thomas Jefferson and James Madison.  They favored states’ rights over a strong central government.  Jefferson and Madison also supported France and feared that Hamilton’s plan would promote industry at the expense of the yeoman farmers they saw as the economic and moral foundation of the American Republic.
Aaron Burr: Burr and Hamilton may not have met prior to the American Revolution.  After serving in the Continental Army, Burr became a successful lawyer and politician. The NY state legislature chose him as US senator (over Philip Schuyler) in 1791.  In 1800, Burr ran with Jefferson for president and the two men earned an equal number of electors.  The Federalists led by Hamilton ultimately gave their support to Jefferson, forcing Burr to accept the VP slot.  Knowing that Jefferson planned to drop him from the ticket in 1804, Burr returned to NY to run for governor but ran into opposition from Schuyler and Hamilton, which led to their famous duel.  After Burr killed Hamilton in 1804 he was finished in politics.
Elizabeth Schuyler:  One of the three Schuyler sisters, she ultimately marries Hamilton.  Despite his affair with Maria Reynolds, Eliza remains devoted to him and they have two children after he admits to it.  The second and final child was named Philip, after their oldest child who died in an 1801 duel with George Eacker, a lawyer who was twenty-seven at the time.  He himself died only three years later, possibly of consumption.
Angelica Schuyler:  Although she too was fond of Hamilton, there is no convincing evidence that they were in love and that she forsook Hamilton only because her sister had fallen for him.
Peggy Schuyler:  The third Schuyler sister – she does not play a major role here.
Philip Schuyler:  The father of the Schuyler sisters and namesake for Hamilton’s two sons.  His defeat by Burr in 1791 contributed to the rivalry with Hamilton.
George Washington:  Commander of the Continental Army and the first president of the United States.  He was a strong supporter of Hamilton, whom he hired as his chief of staff during the war.


Thomas Jefferson:  The author of the Declaration of Independence (1776), he served as secretary of state during the Washington administration and vice-president during the Adams administration.  He was elected president in 1800 after the Federalists supported him against Burr, who had run with him.  Jefferson opposed Hamilton’s financial plan, which he believed favored the financial interests of New York against the agricultural interests of Virginia.  He also advocated for states’ rights, not a strong central government.

James Madison: Like Jefferson he was a founder of the Democratic-Republican Party and a strong opponent of Hamilton’s plan and ideas.  He was the fourth president of the U.S.
John Laurens:  A close friend of Hamilton’s, Laurens fought a duel with General Charles Lee in 1778 (after Lee had criticized Washington’s leadership) and the following year received permission from the Continental Congress to recruit slaves as US soldiers in return for their freedom.  He was killed in action in 1782.

Hercules Mulligan:  An Irish-born tailor and spy during the  American Revolution, he was a staunch opponent of British rule and convinced Hamilton to alter his views.  With his slave Cato, Mulligan provided important intelligence information during the war.

King George III:  He was the British monarch from 1738-1820 – the longest rein for a British king to that time.  Besides the American Revolution, he fought a series of wars with France from 1763 to 1815, when Napoleon was finally defeated and sent into exile.  Throughout his life King George suffered from mental illness and periodic insanity.

Marquis de Lafayette:  He was a French aristocrat and military officer who fought in the American Revolution.  He helped persuade France to support the colonies and played a key role in the decisive defeat of the British at Yorktown in 1791. A close friend of Washington, Jefferson, and Hamilton, Lafayette later was an important figure in the French Revolution, although the radicals eventually turned against him and he was imprisoned for five years.

Maria and James Reynolds:  In the summer of 1791, Maria met Hamilton in Philadelphia and pleaded with him for help because her husband had abandoned her.  Hamilton arranged to give her money and then began an affair with her, which she may have initiated (Eliza was in Albany that summer and fall).  James then began to blackmail Hamilton, who eventually refused to pay.  James then went to the Democrat-Republicans with the information, forcing Hamilton to write a pamphlet about the affair and deny that he had misappropriated public funds.

1.       Alexander Hamilton [Hamilton, Burr, Cast]:  In this song, we are introduced to Hamilton, a bastard and orphan who comes to New York because there “you can be a new man.”
2.       Aaron Burr, Sir [Burr, Hamilton, Lafayette, Laurens]: This song takes place in 1776 – “the revolution is imminent” but fighting with Britain has not yet begun.  Burr was a child prodigy who graduated early from Princeton; Hamilton attended Kings College (today Columbia University).
3.      My Shot [Hamilton, Mulligan, Laurens, Lafayette, Cast]:  Hamilton’s tragic demise is foretold here – of course the life expectancy in the West Indies was also quite short due to disease.  We also get a sense of Hamilton’s political and economic beliefs as he asserts that a “nation of states” must focus more on the “state of the nation.”
4.      The Story of Tonight [Laurens, Lafayette, Mulligan, Hamilton]: In this song, which is set in 1776, Hamilton meets his good friends, although in fact they would not cross paths until years later.  .
5.      The Schuyler Sisters [Angelica, Eliza, and Peggy]: Here we meet the Schuyler Sisters, especially Eliza who declares that she wants a “mind at work,” cites Thomas Paine’s “Common Sense,” and wishes that the Declaration of Independence included a reference to rights for women.  It is not clear how “progressive” Eliza’s beliefs actually were.
6.      Farmer Refuted – Samuel Seabury was the first American Episcopal bishop and a confirmed loyalist who opposed the patriots during the Revolution.  Seabury wrote under the pen name of “A Farmer.”
7.      You'll Be Back [King George III]:  Here the King predicts, wrongly, that after “oceans rise and empires fall” the colonies will return to the bosom of England.
8.      Right Hand Man [Washington, Hamilton, Cast,  Burr, Mulligan, Lafayette, Laurens]: After the British under Admiral Howe landed 32,000 troops in New York, Washington had to stage a disastrous retreat.  In the wake of this defeat, he hires Hamilton as his chief aide even as Burr makes another appearance and offers more suggestions.
9.      A Winter's Ball [Burr, Hamilton]: Despite the war, Hamilton finds time to meet the ladies at a ball in 1780 and demonstrate his “skill with a quill” – a double entendre if ever there was one. Hamilton also announces his intention to marry one of the sisters.
10.  Helpless [Hamilton, Burr, Laurens, Eliza, Angelica]:  In this song, Angelica introduces Hamilton to Eliza.
11.  Satisfied [Angelica, Eliza, Hamilton]  Here Angelica offers a toast to the groom, whom she has introduced to her sister.  The song implies that Hamilton and Angelica had a prior relationship, which Miranda acknowledges that he fabricated in order to add dramatic / romantic tension to the play.
12.  The Story of Tonight [Mulligan, Laurens, Lafayette, Hamilton]: This song foreshadows what is to come – Laurens sings that “I may not live to see our glory!”  All toast Hamilton the  “tomcat,” although they note that he has lost his personal freedom even as they continue to fight for their political freedom.  Burr offers Hamilton his congratulations – but he receives the field command Hamilton truly covets.
13.  Wait for It [Burr] :  Here Burr sings to his beloved daughter Theodosia, who has married a loyalist.  He adds that he is willing to wait for his moment – and then seize it.
14.  Stay Alive [Hamilton, Washington, Laurens, Lafayette, Mulligan]: During the dark days of the American Revolution, a despondent Washington must find a way to keep his army in the field.   General Charles Lee loses the Battle of Monmouth and then criticizes Washington.  Hamilton wants to challenge Lee to a duel but has given his word that he will not, so Laurens takes his place.
15.  Ten Duel Commandments [Burr, Hamilton, Lee, Laurens] Lee and Laurens duel here, with Burr and Hamilton as seconds.  It serves as a precursor for what is to come.
16.  Meet Me Inside [Hamilton, Burr, Laurens, Washington]   Laurens has shot Lee in the side.  But when Washington arrives he is angry with Hamilton, whom he sends home to see his wife and child.
17.  That Would Be Enough [Hamilton, Eliza]: Just stay alive – that is what Eliza tells Hamilton, after she has introduced him to their son Philip.
18.  Guns and Ships [Lafayette, Washington] Lafayette returns with “guns and ships” and so “the balance shifts.”  Washington now tells Hamilton that “the world will never be the same.”
19.  History Has Its Eyes [Washington, Laurens, Mulligan]: Washington tells Hamilton of his first command, when he led his troops into an ambush during the French and Indian War.  “You have no control” – especially over “who lives, who dies, who tells your story.”  This song outlines the father-song, mentor-student relationship between the two men.
20.  Yorktown [Hamilton, Lafayette]:  It is 1781 and the “The World [Is] Turned Upside Down” when the Americans defeat the British with the aid of the French.  The American Revolution is over and Lafayette says he will return to France to fight for freedom. After commanding troops in the field, Hamilton promises that he will help France and end slavery in the South (historians debate whether Hamilton was truly anti-slavery).
21.  What Next? [George III]:  “Don’t come crawling back to me,” warns King George after his army has surrendered at Yorktown.
22.  Dear Theodosia [Burr, Hamilton]:  The two men sing of their hopes and dreams for their children, Theodosia and Philip.  Someday, you’ll blow us all away.
23.  Tomorrow There'll Be More Of Us [Laurens, Eliza, Hamilton]:  Hamilton learns of his friend Laurens’ death.  Will his dream of an all-black regiment die with him?  “I have so much work to do,” vows Hamilton.
24.  Non Stop [Burr, Hamilton, Cast]:  Hamilton and Burr work feverishly to become successful New York lawyers.  Burr expresses his doubts about the proposed Constitution; Hamilton asks Burr for help with the Federalist Papers.  He declines and Hamilton ends up writing the majority (51) of the essays in favor of the new Constitution.  Finally, Hamilton accepts Washington’s offer of a Cabinet position.  He becomes Secretary of the Treasury while Jefferson becomes Secretary of State.