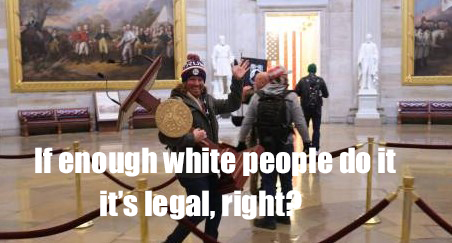 I’m feeling better after tapping into various other people’s outrage over the insurrection. Politicians, pundits, average people. There is anger afoot.

As I write this Trump has been kicked off Twitter. This was long overdue.

Pence is hiding in an undisclosed location and has made it clear he will not invoke the 25th amendment.

Impeachment proceedings will commence Monday. I’m not optimistic about Trump’s removal but I understand this is the probably the only legal mechanism that opponents of Trump have at their disposal.

Here’s hoping for some congressional magic.