Why I Enjoy Driving With Kids (Sometimes)


One of the recent big ideas of transit experts is to contemplate a car-free urban existence. The ensuing discussion then revolves around public transit hubs, bike lanes, and city infrastructure.

I have actually ridden Portland’s buses and light rail trains and generally find that all is as it should be. However, being out in public with the children often means a radical decrease in the amount of free-flowing, wacky conversation, as the kids realize that other passengers will hear them and potentially make comments. Even well-meaning strangers can seem unsettling so the kids often “take it down a notch” on their own initiative.

This is good as kids need to learn how to behave respectfully in public, but if I didn’t have car rides with my kids in which to have free-ranging and ridiculous conversation my life would be diminished.

Sure, there is the proverbial dinner table at which we are supposed to converse, but often the kids can’t get a word in edgewise as I’m so busy enforcing the rules: everyone must be wearing clothes (pants are usually required); eating with silverware encouraged; a napkin should be within an arm’s reach (shredded bits don’t count).

Driving within our metal privacy chamber,  freed from the tyranny of pretending table manners, our conversations hit flights of fancy as well as the prosaic. There are times when a grumpy person checks out, but at least the potential for conversation exists.

Recently I made a video documenting a typical car ride with 8-year-olds. I did this primarily for academics and serious amateurs who might desire insight into what it might be like to ride in a car with children.

Have a great weekend from all of me here at Portdaddia!

Posted by Eric Flamm at 4:08 PM No comments:

Posted by Eric Flamm at 2:10 PM No comments:

My Imaginary Friends - Hiroshi and Detlef

Recently when I posted a video from 2004 LSS  reminded me of some of the things we used to do then.

The discussion brought to mind the backache of wrangling kids into car seats and some of the other issues. I recalled that I used an imaginary duo, Hiroshi and Detlef, who would be "very dissapointed" if my daughter didn't immediately get into the car seat.

I explained that the team had carefully designed the seat to my daughter's exact specifications, both of them embodying some of their home nations' characteristics. Hiroshi worked on the harmony of the overall form, but was sort of a smart alec, while Detlef wanted each fastener and buckle to be precise and was a hypochondriac.

My stories had the moral that, despite differences in food, clothing style, and temperament, they somehow made it work and the design team flourished.

Like most of my stories, despite good intentions, I quickly veered off into low comedy, telling my daughter about Hiroshi's fixation on 1970's stars such as Farah Fawcett and Lee Majors, or Detlef's rants about the ridiculous fetishization of Bavarian culture.

Obviously a two-year-old didn't catch that much, but, for a time, did think Hiroshi and Detlef were real people.

I had the good fortune to warm up my cathode-ray, analog brain for future story projects as I explained sauerkraut sushi.

Like all good story characters, Hiroshi and Detlef served their purpose, helping strap that nipper down for safe travel by automobile.

Posted by Eric Flamm at 2:43 PM No comments:

My daughter's fifth grade class recently presented their Heirlooms & Artifacts program at the Oregon Jewish Museum. As parents, we had been aware of this project for months as it was a significant academic undertaking.

We went into the museum giddy knowing that the source of much family turmoil was coming to a close. As I saw the artwork, poems and artifacts I was moved by the simple acknowledgment that every family has a compelling story waiting to be told. The teacher did an excellent job of showing the kids how to illustrate their stories in a variety of ways.

A video from the main program:

Back In the Day -- When I Was Cool

Recently a buddy sent me a video clip from 2004 of me windsurfing in the Columbia River Gorge. I had been claiming that I could jibe the board and he verified it with video, as well as teaching my then two-year-old some nifty phrases.

An excellent memory -- thanks Greg!

Posted by Eric Flamm at 7:51 AM No comments:

Feats of Strength on the Oregon Coast

This past weekend we went yurt camping at South Beach State Park in Newport, Oregon. We had a fun time eating s'mores and hiking around the impressive jetty.

Camping is fun. The fun part, for me, is being able to challenge the kids to be as hyper and loud as possible. At home I'm always shushing them, or telling them to calm down. Out on an endless expanse of beach I like to yell, "Use your Outside Voices!"


I'm the dad fussing with the camera.

Posted by Eric Flamm at 5:55 PM No comments:

Last night our family was in a hipster bar. How do I know? Lots of craft brew, spotty service, old-timey crap on the walls, and a weird soundtrack that defies quick explanation. The usual tattoos and piercing were in attendance, but as this is Portland this doesn't mean much.

Asked by my daughter about hipster bars I spelled out some key concepts:
My daughter also pointed out that, being the Father Figure in the household, I have disqualified myself as a resource of anything hip, cool, or relevant. Amen to that.

I like to think that this new look of concentration signifies special enjoyment or engagement.

Given the kid's commitment to comedy, I suspect when he reads this he will report back that all was from gastrointestinal discomfort.

Regardless, Star Wars Legos are still super cool. `Nuff said. Over and out.

In art class my daughter had the assignment to create an animal sculpture. Not having any good inspiration from the animal kingdom she made a sword with wings on it.

The sword is pretty cool, but the obsession with weaponry raises the question of do we allow our kids too many violent video games.

The simple answer is of course we do! This is America, after all.  But after a moment of reflection I realize more of an answer is needed.

Because LSS and myself have resigned our parenting style to "permissive," any activity conducted short of nine hours is fine. It works like this:

Me: How long has the kid been playing video games?
LSS: Only a few hours.
Me: Not longer than nine hours?
LSS: No.
Me: That's okay then.

Somehow the nine hour mark has come to represent excess, but anything short of it remains merely a recreational digression.

Maybe this year we'll finally get them outside.

3D Movies Generally Not Worth It But What the Hell

Jurassic Park yet again recycles itself. At least I get a blog post out of it.

My Weekend (In)sanity and the Tetris Effect 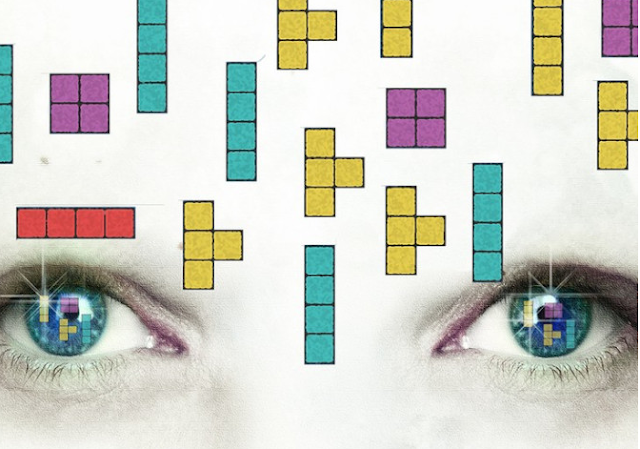 What is the goal of the weekend? For me it is trying to relax and spend time with the family.

During the week I live my life through endless task lists. I subscribe to the idea that if a stressful thought is rattling up my brain if I put it on a list it will haunt me no more. To some extent this works.

The downside is that my brain becomes hardwired to check off tasks because of neuroplasticity and the Tetris Effect. No joke, if you play Tetris too long you will view the physical world as shapes to be fit together. So my loved ones and the activities I really enjoy are in danger of becoming an action item on a list.

I know I’m having a good weekend when I can contemplate while looking at scenery and not feel I should be doing something. Or if I am doing an activity I’m not prioritizing the next step, or making a list, or polluting my present enjoyment with productivity issues.

I know I’m not alone with these matters for throughout history men have tried to cast off the material world to be free of such stress. This is why the notion of the mendicant monk appears in many different cultures. If I were a mendicant monk I would no doubt be in covert competition with the other monks as to whose robe was most wretched or whose demeanor was truly humble and not just a fashion stance (posers!).

This past weekend I was really enjoying myself doing absolutely nothing . The moment passed and my normal self returned, spurring me to commemorate my moment of contemplation with a video .

Over and out from Planet Portland. 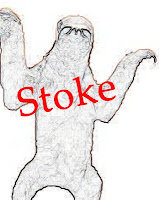 
A truly righteous proclamation of stoke and commitment to excellence.