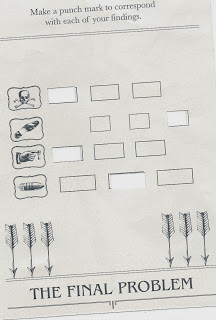 Posted by Eric Flamm at 4:18 PM No comments:


What the hell are we doing here? This is an expression that many parents utter with various inflections and tones. I am often thrilled/horrified by what the kids do, so, for me, it's on the verge of becoming a permanent catchphase.

I asked the kids yesterday if they wanted to make a fan film. They enthusiastically responded yes. I then thought we would do one like this. In this video we stay scrupulously close to the original text, making only slight modifications as the actual film is animated.

Yesterday there was just too much kid energy to be overly concerned with, well, anything. We just let our freak flags fly. Here is the result:

Posted by Eric Flamm at 1:56 PM No comments:


I had the furnace air filter in my blogging capsule awaiting the appropriate time for installation when it occurred to me that out of all the random crap around the house perhaps this filter is profound as a metaphor.

In some small way I, too, am a filter, sucking up the dirty, dirty polluted vapors of our materialistic parenting culture and breathing out the pure air of high-concept childrearing.

I asked the nine-year-old what he thought about such things. He just gave me a look and asked if I wanted a turn flying his remote control helicopter. Some things are just super cool. 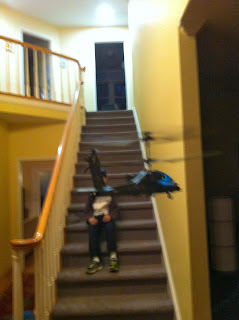 Posted by Eric Flamm at 4:36 PM No comments:

Email ThisBlogThis!Share to TwitterShare to FacebookShare to Pinterest
Labels: filter


Over the past two weeks we’ve purchased a new mattress, had a plumber reroute a gas line, and prepared nachos in a microwave.  Each of the tasks posed its own unique challenge of dealing with uncertainty.

What do most people put on nachos anyway? Right, you don’t have a clue beyond the cheese. I ended up putting kale, salmon, and muenster cheese on one plate. I did so not because I live in the quaint hamlet of Portland, but rather I celebrate freedom from cheddar by conscientiously cheesifying with bold new flavors. In this regard I celebrate the uncertainty of an audacious culinary experiment  -- and it paid off in…decent tasteing food.

With the plumber I felt a bit uncomfortable describing what my house looked like, and what the problem was. I pride myself on having lots of words to use when certain other words are needed to tell stuff to people. I felt I came from a foreign land, lacking the proper knowledge and vocabulary to describe what was right in front of me. I didn’t know if I had a “slab house,” how thick or high the “curtain wall” was, or if my water heater had an automatic pilot restart.

Despite a patient attitude, the plumber had to preview the job. As he was a professional he was able to avoid outright mocking my lack of knowledge about our house. For that I will give him a great Yelp review.

The final major act of analyzing uncertainty came when we purchased a new mattress. We arrived at the store on a Saturday after lunch and planned on taking our time to make a purchase. We lay on so many beds I began to doubt what felt comfortable. I realize there is no right answer, but we ended up moving from a firm mattress to a medium one. So far so good, I’m sleeping well.

I suppose the big life lesson from all of this is try to have some self-confidence and do the best you can – hardly a respite from a myriad of nagging doubt, but sometimes we get lucky.

Posted by Eric Flamm at 4:42 PM No comments:

Email ThisBlogThis!Share to TwitterShare to FacebookShare to Pinterest
Labels: uncertainty

I was with a friend recently who suggested I speak more Hebrew. I believe he meant around the house, or with him, as a way to keep in practice.

The thought churned away in my head for far too long. When such is the case the original intent of the idea becomes hopelessly convoluted or just lost.

Somehow in my mind I felt I needed to make a Hebrew language video. So here it is: 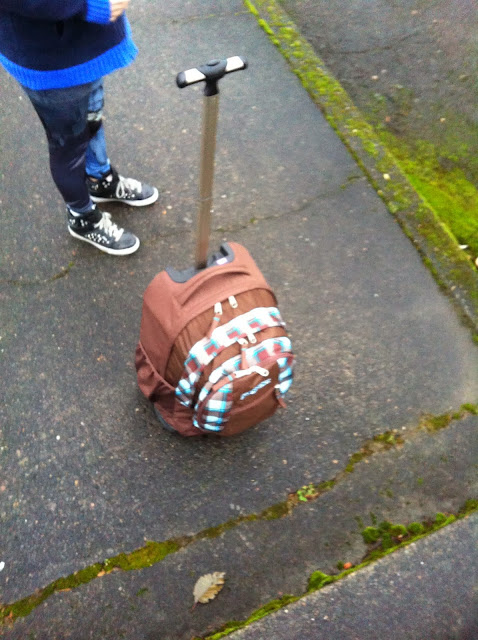 This really heavy backpack may contain the following:

Posted by Eric Flamm at 5:14 PM No comments:

Email ThisBlogThis!Share to TwitterShare to FacebookShare to Pinterest
Labels: backkpack

Yeah, it's Friday. End of a long week and I got nothing. So what does the self-proclaimed blog Czar of a quarter of this home do?

He takes a quotidian video sequence from a few months ago and gussies it up for mass consumption.

Director's note: "Grapefruit Beiber" is the story of struggling young artists who stake out their own space in the media landscape, borrowing from those who currently inhabit the public consciousness.

Posted by Eric Flamm at 3:57 PM No comments:

This past week the Daughter has enjoyed the BBC’s updated take on Arthur Conan Doyle's beloved mystery tales in “Sherlock.”

The star is Benedict Timothy Carlton Cumberbatch, who modestly truncates his name to Benedict Cumberbatch to make it more accessible for Americans, who still snigger anyway.

The eccentric sleuth , now more snarky, more eccentric than ever, prowls the streets of modern-day London in search of clues. At his side is flatmate Dr. John Watson, fresh from the war in Afghanistan.

Watson updates Sherlock’s blog, inviting criminals to go tete-a-tete with the tightly wound Sherlock. Modern media platforms and mobile devises figure prominently in several of the episodes. Dr. Watson is the one who handles the firearms in the rare moment when such is needed.

I suspect the main attraction for the daughter is the rapid-fire and caustically acerbic wit emitted from Cumberbatch’s pursed lips.

Beats “My Little Pony” by a whopping  12 parsecs.