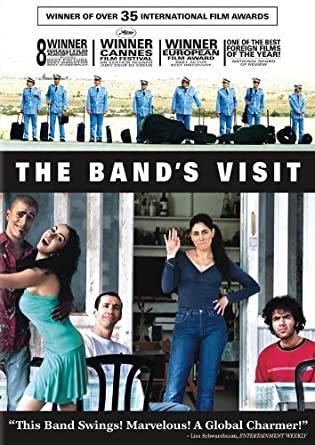 The 2007 Israeli film The Band’s Visit is a lovely comedy chronicling the misadventure of an Egyptian orchestra stranded in a small Israeli town in the Negev.

The slowness and silences allow the deadpan humor to wash over the viewer gently, often intensifying the pleasure.

Before the Egyptian characters were fully developed, I noticed that I had formed a narrative about what actions they would take, or who they were. Later these expectations were turned on their heads, and I felt that my biases had been revealed and needed to be corrected.