I love small town Fourth of July parades. Usually there are few barriers to participation, so just about everybody who wants to be involved can make the scene. Plus there is no question why I am taking pictures -- it's a parade after all!

The below pictures are from the parade in Hood River, OR yesterday. There were the usual marching bands and fire engines, but also just families on bicycles, some in costume, some not. Perhaps my favorite display for sheer spectacle were the hispanic horse riders, with their dancing steeds and fancy attire.

I liked seeing the local organizations and businesses, the high school clubs and teams, as well as those who had a nifty gizmo or dog that needed to be seen.

Last year was the first year no candy was thrown from the parade and my family was upset -- my kids felt something promised had been taken away. Now I'm glad we're moving away from that tradition. My kids get plenty of sugar as it is.

I like to think that the parade reflects the significant character of a town, but I think that's aiming a bit high. Veteran's of this parade have remarked that 10-15 years ago there would be 30 logging trucks rumbling down the street (there were none yesterday). Best to wait for the heavy hitting academics to weigh in on this. 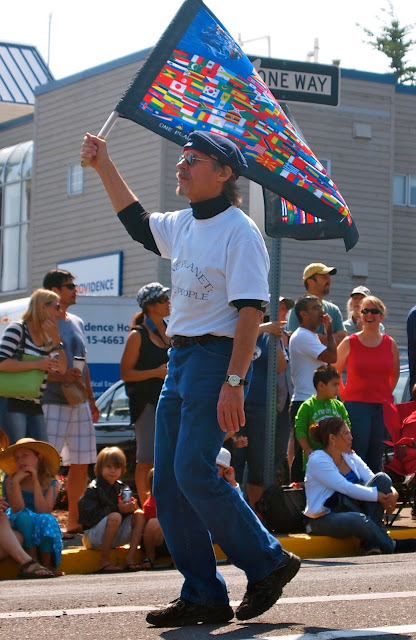 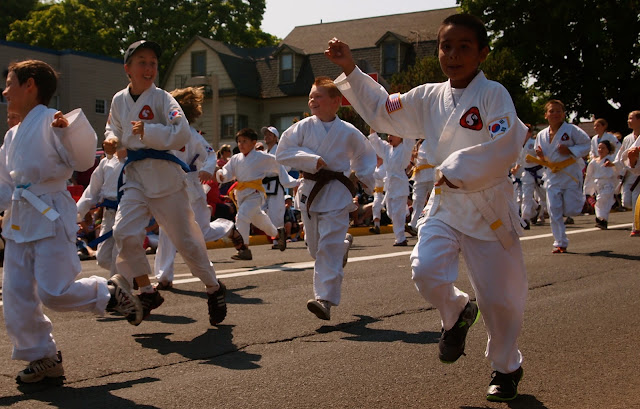 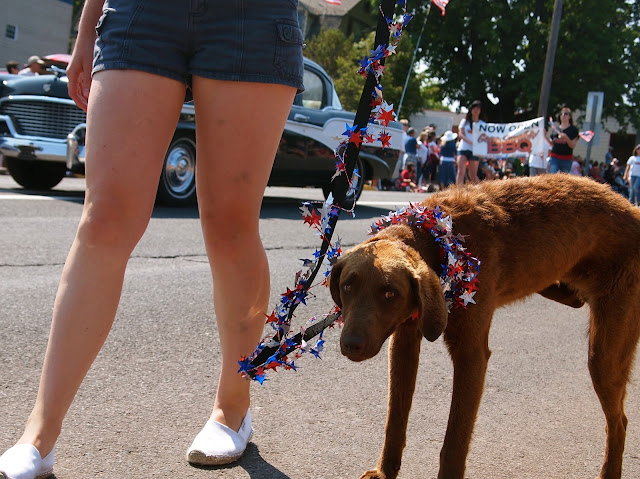 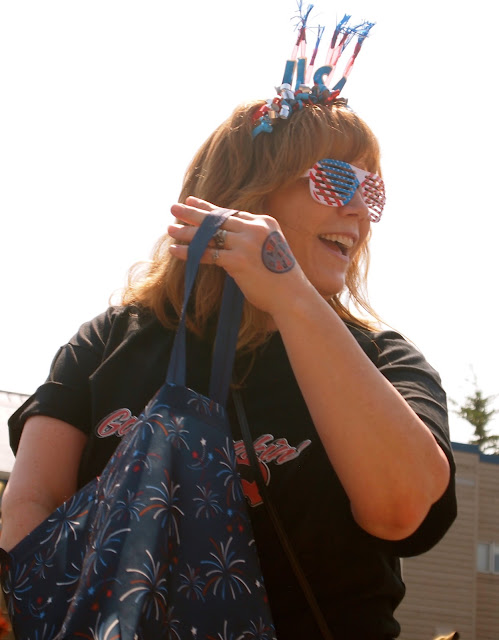 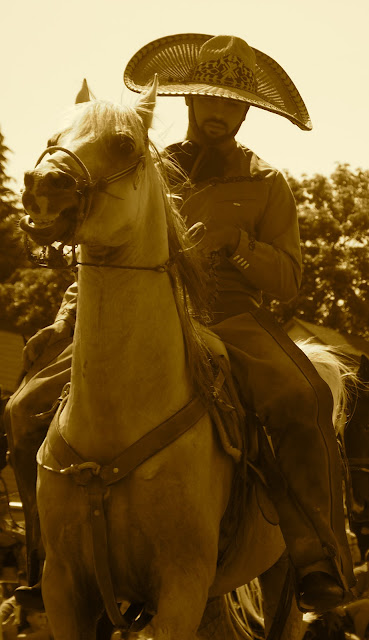 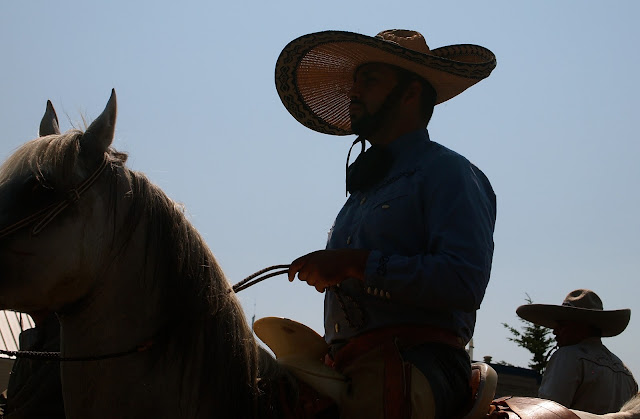 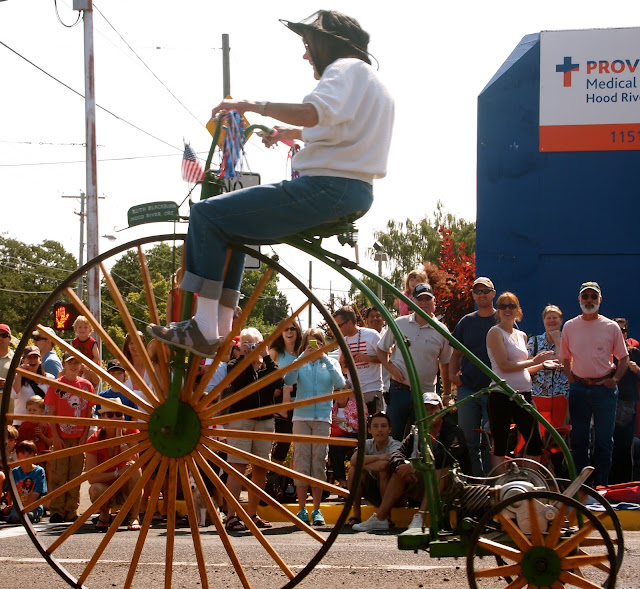 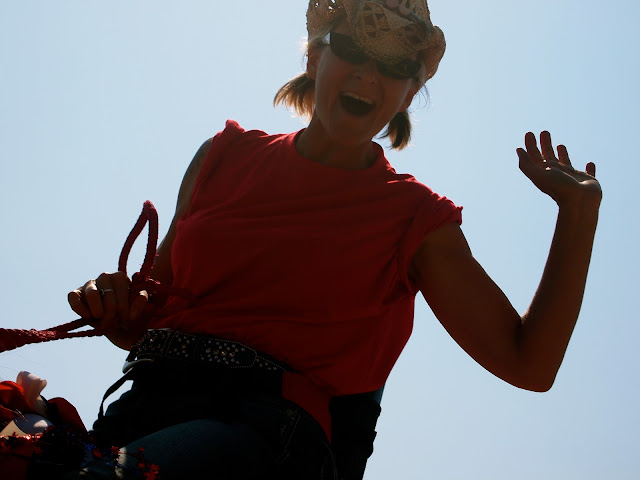 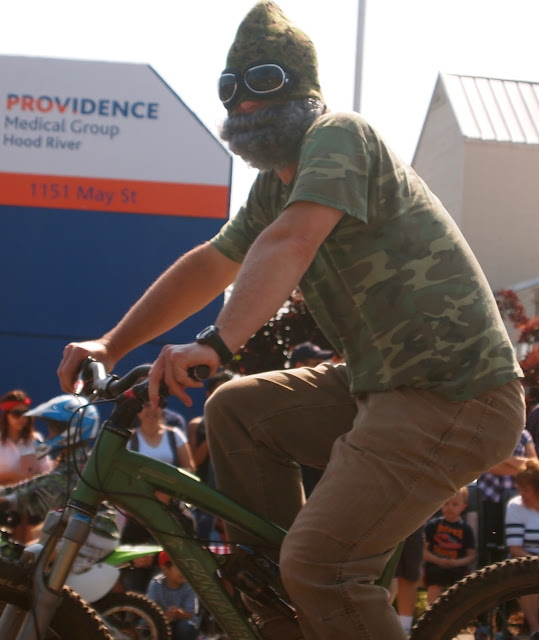 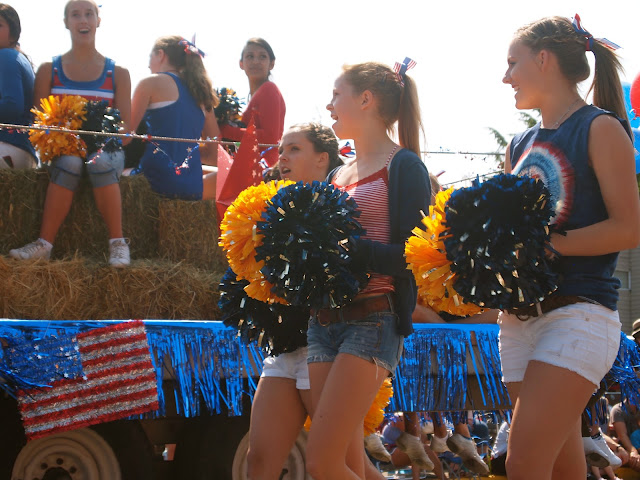 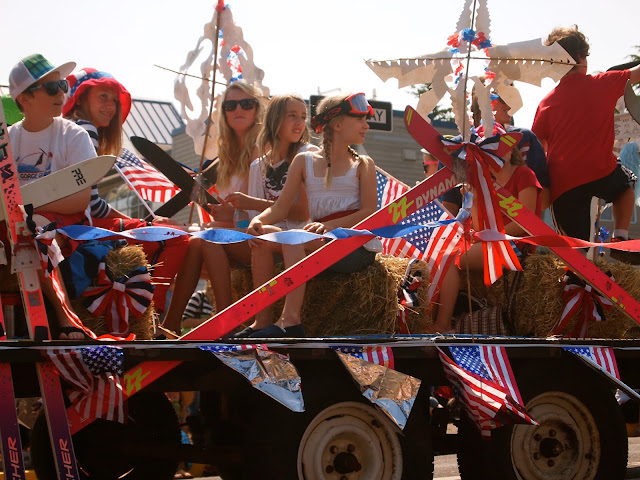 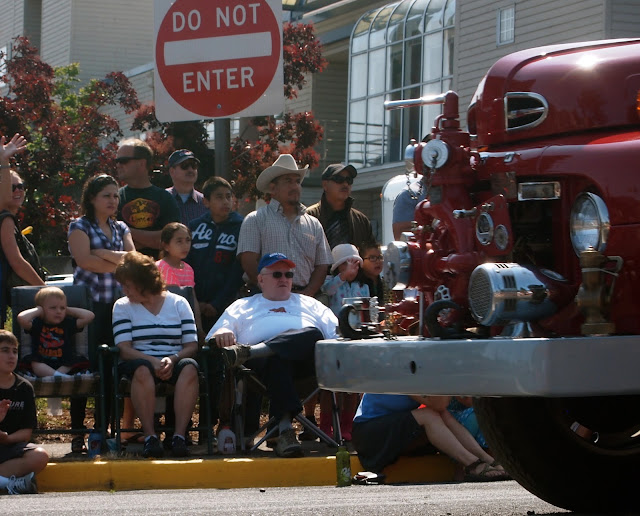