A fine book, good verse - but let's cut to the chase. Does this adaptation add a deeper understanding to the film Star Wars? Does it further refine characters or step away from controversy in the name of being coy and fey in a fit of Shakespearean whimsy? 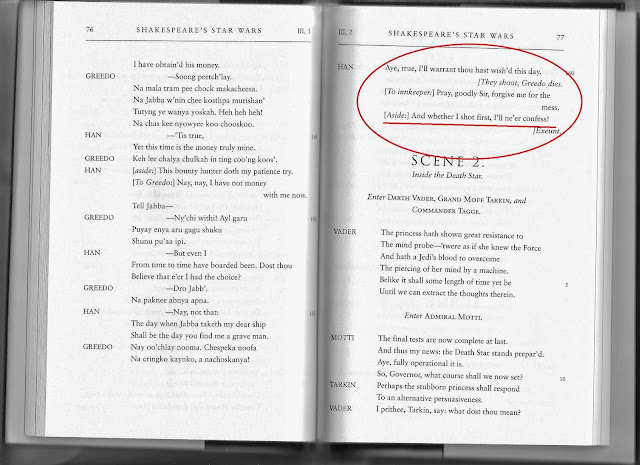 When Luke Skywalker and Obi Wan Kenobi enter the star bar looking for a ship they find Han Solo. Soon after arranging transport off Tatooine, Han Solo is confronted by Greedo, a bounty hunter eager to collect a debt Solo owes.

Shooting ensues and Greedo is killed.

Who shot first is a point much debated and considered. If Han shot first, that would make him more mercenary and not as likable as if he shot in self defense.

As the above illustrates, the text steps gingerly around this with Solo's aside that "...whether I shot first, I'll ne'er confess."


I suppose this is a wink by the author that he'll not rewrite scripture, but he could have at least added enough ambiguity to mirror that found in the film. 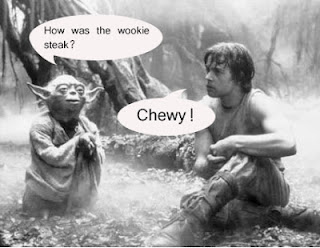