For a while our family has been exclaiming, "Dude, that is so 1890's!" Often this is apropos of nothing, but usually it has to do with either lumberjacks or sailors. The inspiration for this expression comes from this.

Local author Finn J.D. John has written a terrific accounting of all the late 19th-century mayhem going on in Portland -- making the current-day shenanigans look like yesterday's hummus-- in his "Wicked Portland: The Wild and Lusty Underworld of a Frontier Seaport Town."

Dirty politicos, gambling, girls, and plenty of liquor, and, perhaps most notorious, the shanghai, as in the verb.  I particularly like the notion that the corrupt politicians were men of honor. Not to the oath of office or public service, but sanctimoniously honoring all the dirty deals they were involved in.

Setting the record straight, John makes a rock-solid case that lumberjacking was the better job than manning a deep-water, square-rigged sailing vessel. Consider:

Lumberjacks were given good grub and plenty of it; they could walk off the job with their wages if the boss became abusive; they got Sundays off.

According to John, despite the danger of immensely large falling trees, Sailors' lives were even more at risk; the food was awful and meager; living conditions cramped; and there was no escape from abusive bosses save jumping ship and forfeiting all money owed.

This last part seems irrelevant as John points out all the complex infrastructure designed to insure that no sailor ever got paid what he was rightfully owed. Despite all the romanticism of the sailing vessel, sailors were considered subhuman scum. It wasn't until the age of the steamer that conditions improved to the point that one might actually choose to be a sailor.

I will think of this book when people get misty-eyed about "the good ole days." 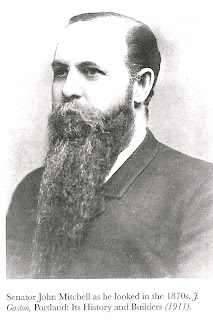