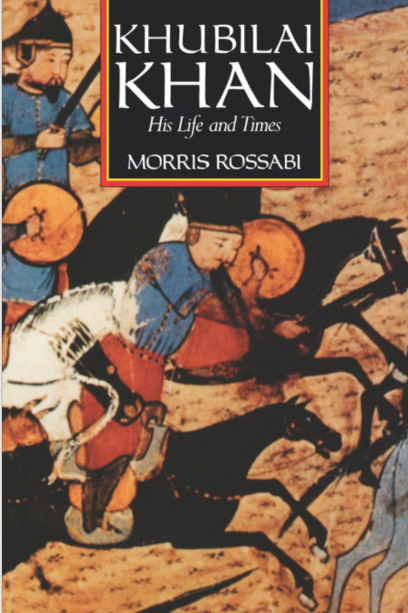 The dude gets props for being an openminded ruler who embraced a pragmatic universalism to get the job done – which in his case was acquiring more lands and wealth.

I had expected endless tales of brutality but found that Kubilai was reluctant to destroy functioning towns and agricultural area, respected different religions, and tried to work things out before sacking a city. He just wanted to be acknowledged as the supreme ruler, receive tribute in the form of food and gold and silver, but otherwise leave locals alone.

When I read books about the ancient world, I often try to imagine what would happen if I inhabited that world, or in this case, found myself ruler of the Mongol empire. Kubilai had a liberal disposition and I found that I couldn’t fault him on many, if not most, of his decisions regarding the administration of his empire.

His folly was not recognizing his core competencies. He drained his treasury and spent a decade trying to invade Japan, the Mongol generals and soldiers not adept at seafaring.

Now, back to our regularly scheduled programming.