New Show In The House: "Adam Ruins Everything" 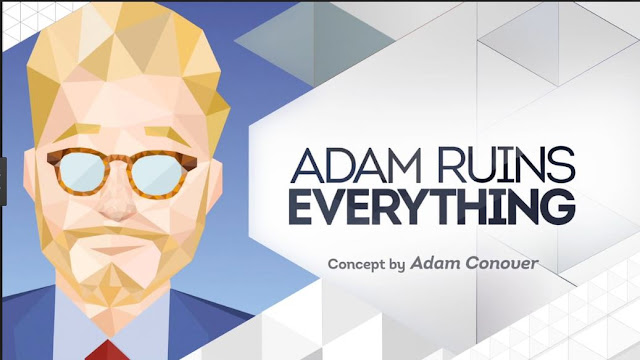 My 12-year-old son introduced me to the show “Adam Ruins Everything” and I love it. Ostensibly a comedy, a hyperactive presenter (Adam Conover) debunks popular false ideas that pervade American society.

The show is similar in style to the Food Channel’s “Good Eats,” except that Adam Conover isn’t a creepy jerk and he’s actually funny. Also, the show has a budget and the production is slick and fast-paced.

The main reason I like the show is that academics and scientists appear as themselves, talking about their research and ideas. The show has a segment called “Behind the Scenes” where Conover interviews key people in a serious manner, reiterating the points made quickly or with excessive drama.

The show is educational, smart, and, yes, mostly funny, even though the character Conover plays is a geeky motor mouth. It is a celebration of rational thought, serious thinking, and expert opinions – all sorely needed in this age.