Finally I Went To A Timbers Game 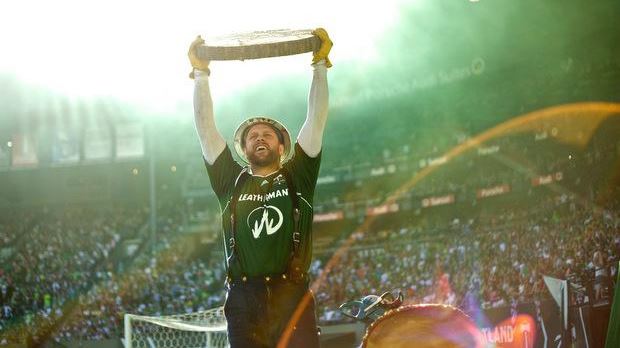 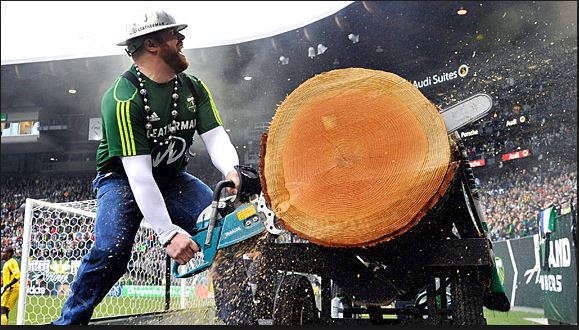 The Timbers, the local MLS club, have been an exciting presence in our midst -- but only yesterday did we see a game. The level of play was excellent, with lots of attacking and a good goal count: the Timbers beat D.C. United 4-0.

The Timbers Army, the fan club, made the match that much more exciting with their chants and energy. I passed by the stadium at 9:00 am and people were already in line for a 2:30 pm admission for a 4:30 pm match. These are hardcore fans.


Lucky for me I went with a group of knowledgeable people who were able to key me in on some of the traditions. Every time Timbers score a goal, Timber Joey saws a slab off a log, to present the slice to the player at the end of the match. Some of these players must have a real wood pile!

Obviously, many of the players come from foreign countries, played in the most prestigious leagues and national teams, before becoming Timbers. But what kind of qualifications does Timber Joey have besides from knowing how to run a hot saw?

Joey Webber was born and raised in the timber town of Philomath, Ore., where he attended the School of Forestry as a youth. He competed in state forestry and timber competitions and ranked in several events including pole climbing, jack double bucking, fire hose relays, axe throwing, log rolling and hot saw operation. Growing up, Webber was also a competitive rugby player and was a member of the U.S. National Rugby Team’s U-19 pool for two years (1996-97). He competed as a bare-back bronco rider in the Northwest Professional Rodeo Association from 1996-2000, and the Professional Rodeo Cowboys Association in 2000.

Timber Joey really could get the crowd going -- I suppose it's easy when your team is winning and scoring lots of goals. 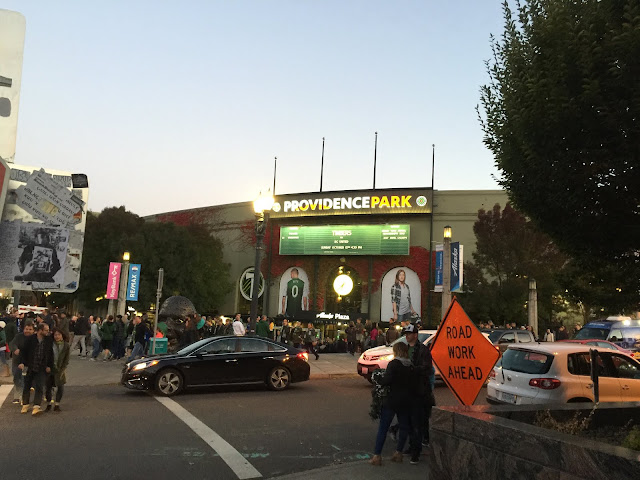