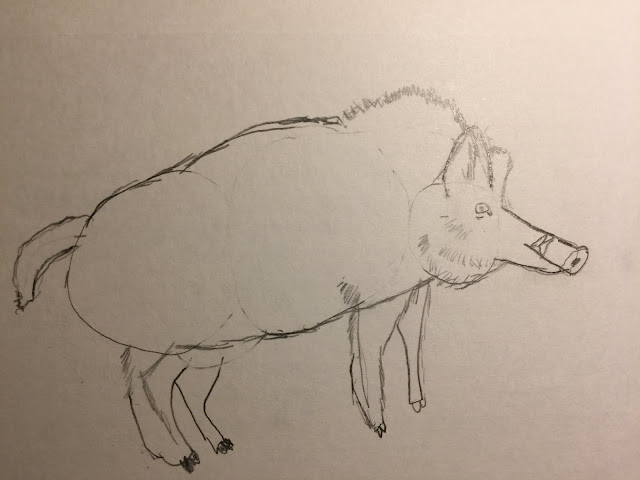 When the kid told me about the Calydonian Boar I had to look it up on Wikipedia. This is the story:


The Calydonian Boar is one of the monsters of Greek mythology that had to be overcome by heroes of the Olympian age. Sent by Artemis to ravage the region of Calydon in Aetolia because its king failed to honor her in his rites to the gods, it was killed in the Calydonian Hunt, in which many male heroes took part, but also a powerful woman, Atalanta, who won its hide by first wounding it with an arrow. This outraged some of the men, with tragic results. Strabo was under the impression that the Calydonian Boar was an offspring of the Crommyonian Sow vanquished by Theseus.

When I read the tale, it became apparent that the tension between the sexes for equality isn’t a modern phenomenon, but has been around since antiquity.

I loved reading mythology as a kid and am humbled by its richness as an adult.

I also draw from this how awesome is monotheism. If I had to honor many goddesses or gods every time I went for a bike ride, lest I experience complete destruction, I would find this bothersome. Much more so, say, than having to remember to turn on Strava.

I like lighting candles but might find making burnt offerings at an alter inconvenient, especially if I had run out of those green propane canisters and had to go to the store.

Myths have purposes and the Calydonian Boar might be a tale worth telling for the simple notion that men should not become outraged by powerful women.