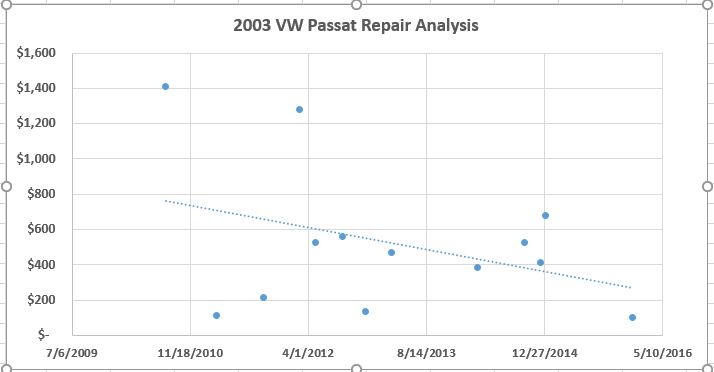 I finally got rid of the 2003 VW Passat, after much complaining. I felt it always needed an expensive repair.

I was comparing the Passat to the 2001 Nissan Maxima, which I called the Finest Car Ever Made.

Once again the narrative fallacy, our tendency to construct stories around facts, reigns triumphant.

The Passat came to me only in 2010, its seventh year, and immediately needed an expensive repair, thus setting in my mind that this was a car prone to breakdowns.

With the Maxima we had those initial seven years with virtually only oil changes needed, thus putting into my mind that this was a great car.

I realize from an economic point of view I am deluding myself that the Maxima was great while the Passat was a lemon.

But self-delusion in this case is complete, and I continue to wax nostalgic about the Maxima with such chestnuts as taking the newborn kids home from the hospital in that car.