Old Bike Magazine Bids One To Harken Back To Simpler Time 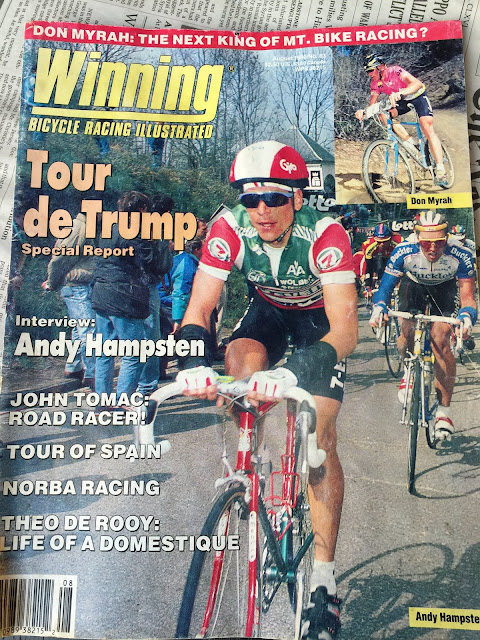 This edition of Winning: Bicycle Racing Illustrated  from August, 1990 was on display at the customer waiting area of a local bike shop.

I eagerly picked it up to learn about how the Giant Cheeto insulted, fat shamed, bullied all the good people involved in competitive cycling.

Unfortunately the article didn't mention anything other than that Donald Trump sponsored Tour De Trump, saving the words for...bicycle racing.

Also conspicuously absent were adds for "doctors" and "coaches", who had special "vitamin" programs for competitive cyclists. Only later in the decade would the performance enhancing drugs take over the sport.

All this reminded me that the early 1990s has been glossed over as a halcyon period of innocent contentment. Who knew?