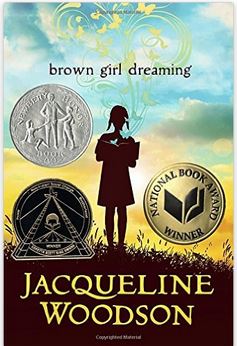 I often lament the decline of Western civilization by the amount of time all of us spend on screens and not doing things of substance, like bear baiting and collecting leeches for the ill.

But every once in a while good literary things happen to the family.

My kids and I have read Brown Girl Dreaming, by Jacqueline Woodson, a memoir told in succinct poetry. Brown Girl won the National Book Award and was widely praised as a true achievement.

More importantly, my guys, a 10-year-old and a 13-year-old, really responded to it. The feeling of racial injustice was something that they both became more aware of through the poems. My son liked the book so much he picked it up for a second time, again brought back into the world of race relations and Jehova’s Witnesses in places like New York City and the South in the 60s and 70s.

Initially I picked up the book as a way to connect with younger readers. But like the great book this is, who the author intended it for became irrelevant as I was swept away.