Make-believe and play are often enhanced by technology. Such is the case with my fan film.

In the first several episodes of Impeachment I became agitated at the different forces manipulating Monica Lewinski for their own purposes. It was gratifying to finally see serious pushback, by Fred Melamed, no less.

Making the video was a fun escape from reality. Enjoy! 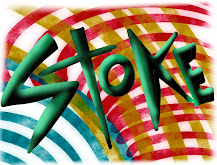