The four of us donned orange caps and headed out into a stormy Oregon afternoon for a moment of family political activism.

The kids had never seen the mayor or the governor before, and were moved by the testimonies of personal loss due to gun violence. The feeling that we were part of a significant social/political movement was present. 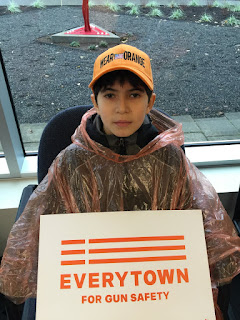 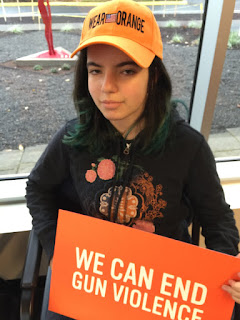 I understand the complexities of our political system, which is to say that despair comes easy. But it does a heart good to just be in the presence of several hundred people who believe the way you do.

I am happy we sent a strong signal to our elected officials. Both of the main candidates for the upcoming mayoral elections were present. Our congressional delegation also sent words of support.

A few snippets from the speeches.