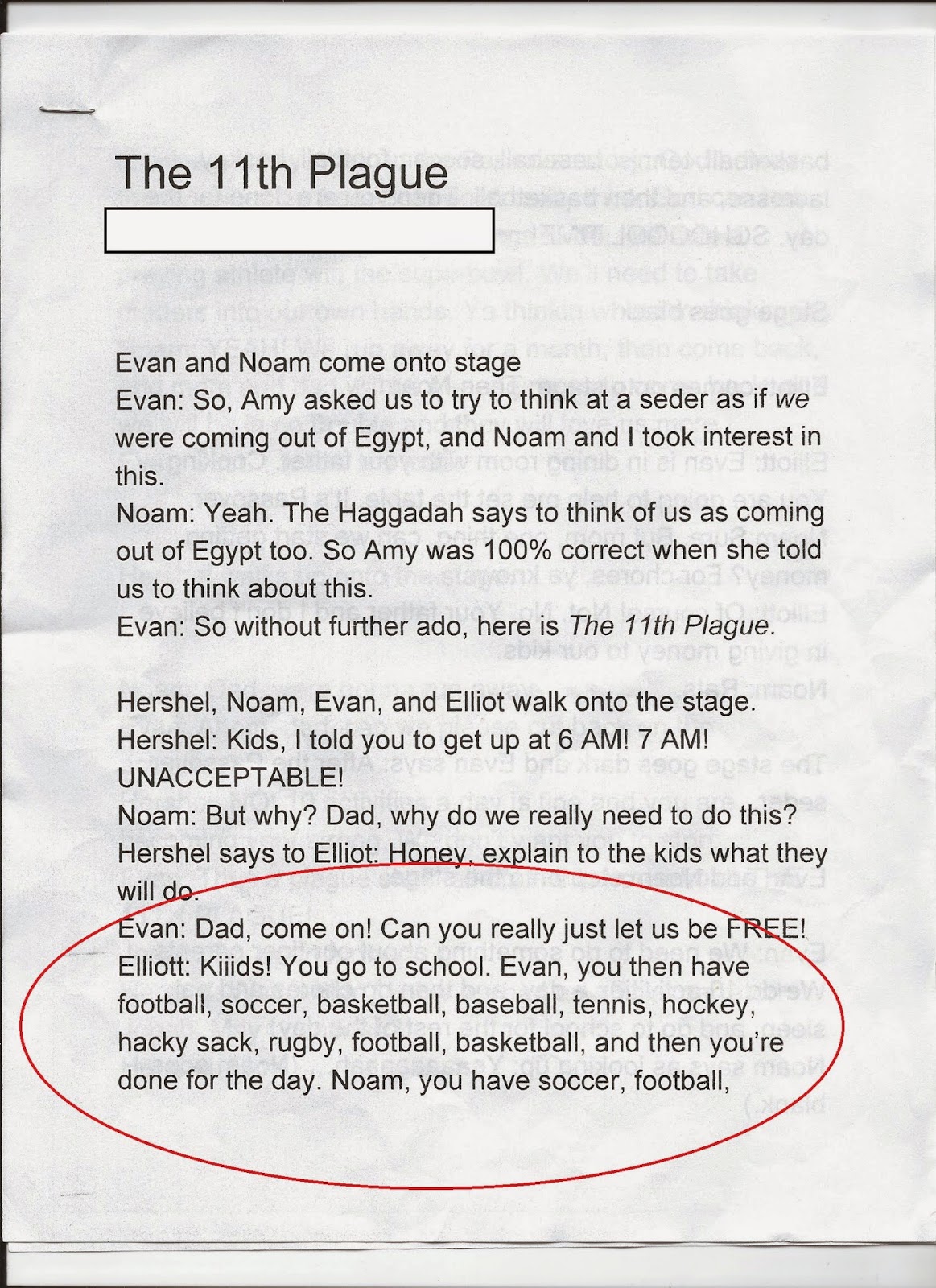 I visited my fourth-grader's Passover program at his school. The kids did a great job explaining the various messages of the holiday.

One group did a play, The 11th Plague, where the kids yearn for freedom from excessive enrichment activities after school. All of us helicopter parents had to laugh a bit at our repressive scheduling.

Also cool was the excerpt read from the New American Haggadah, by Jonathan Safran Foer and Nathan Englander. The below smart-assery is by Lemony Snicket and riffs on the Passover parable of the four children, the wise, the wicked, the simple, and the silent.

Some scholars believe there are four kinds of parents as well.

The Wise Parent is an utter bore. “Listen closely, because you are younger than I am,” says the Wise Parent, “and I will go on and on about Jewish history, based on some foggy memories of my own religious upbringing, as well as an article in a Jewish journal I have recently skimmed.”

The Wise Parent must be faced with a small smile of dim interest.

The Wicked Parent tries to cram the story of our liberation into a set of narrow opinions about the world. “The Lord led us out of Egypt,” the Wicked Parent says, “which is why I support a bloodthirsty foreign policy and am tired of certain types of people causing problems.”

The Wicked Parent should be told in a firm voice, “With a strong hand God rescued the Jews from bondage, but it was my own clumsy hand that spilled hot soup in your lap.”


I was proud of the school to bring irreverent humor to the mix. Hopefully such will not inflame the kids' comic nerves and turn our Seder into some kind of open-mike comedy event. Then again maybe I protest too much. One or two jokes never hurt...