Chinese People And The Ski Scene

Today I went for a ski and shared a chairlift with three Chinese people. I could tell they were Chinese because they were speaking Mandarin, a language I’m familiar with.

I first asked in English how they enjoyed the day, thinking they might be Americans who were speaking Mandarin for reasons of their own. I quickly understood that they were not comfortable in English. This was my green light to yammer away in bad Mandarin.

I learned they were ski racers from the north of China, doing a training camp on Mt. Hood for a few weeks.

I asked the questions, usually getting short answers. The weather was really terrible, with sleet pelting us, so I could understand if nobody was in a chatty mood. Our faces were covered as well, bringing another layer of remoteness to the chit-chat.

Before we parted, one of them asked me if I was a local ( 你是本地人嗎？)

This really intrigued me. When I lived on Taiwan, the word for non-Chinese person was person-from-foreign country. 外國人 . This would have made no sense on the chairlift, as I might have been an American in America.

I suspect the guy wanted to know if I was an American-born Chinese person, for why else did I know a few words in Mandarin.

I answered that I was a local, briefly worried I was saying I was a native American. Identity is such tricky business.

Later in the day I heard a lift operator greeting the Chinese racers with hello in Mandarin – happy other “locals” were getting into the swing of things. 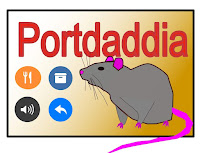