After a few decades, new wallet comes into being 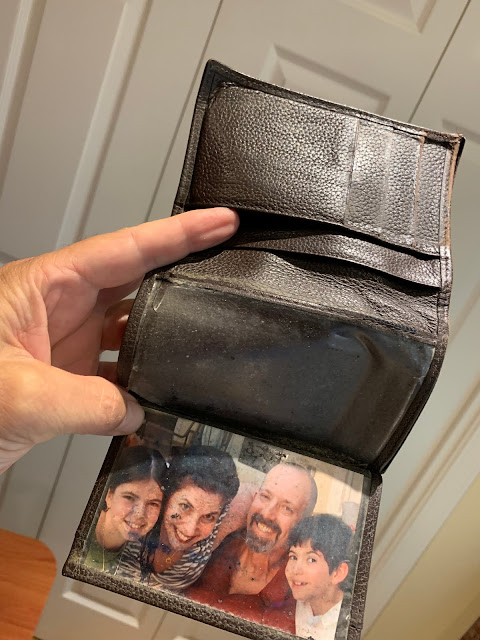 I remember getting this wallet sometime in the 1990s. Obviously the picture is from later, but the style of the wallet predates the smart phone. This was the sort of wallet one stuck pictures into because no one had pocket technology to transport every photo ever taken.

The wallet also had lots of pockets and flaps and could be overstuffed like a burst sausage with currency and receipts if one chose, although in recent years I cut down my credit and membership cards to around twelve.

The old wallet held up well over the years, but because I am a fussy old man, I believed I needed an update.

The new wallet carries all the stuff the old wallet carried but in a more svelte form. Perhaps the best thing is that as it is much smaller it will deter me from mindlessly adding cards I will never use. When I did a serious wallet audit I was embarrassed I had been trucking around so much crap.

I suppose the final wallet is no wallet at all, just a chip embedded in one's body. I'm always a late adapter, so until then this will do.