Smartassery Can Come Back And Bite You In The ...Ass 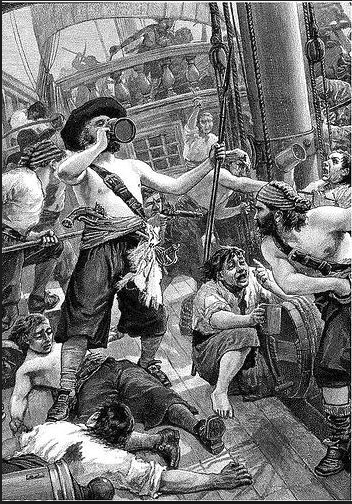 When the kids were really little (4-7) we all enjoyed pirate culture and sea chanties.

Later, when the pirate phase had ended, I continued to offer to sing them sea chanties. When a kid took me up on the offer, I would do my best at a cockney accent and let loose. I would also play a few favorites for them on the stereo when given the chance. Such as:

Now the son comes back at me: "Dad, what do you do with a drunken sailor?"

Me: "Send him to South Australia?"

Son: "The first step is to attempt to recognize the signs of addiction and learn if the sailor or his support network is open to the idea of rehab. Then comes researching treatment options, which should include discussing logistical considerations with a trained drunken sailor counselor. Only then should you plan an intervention, which shouldn’t include singing any songs glorifying alcohol abuse."