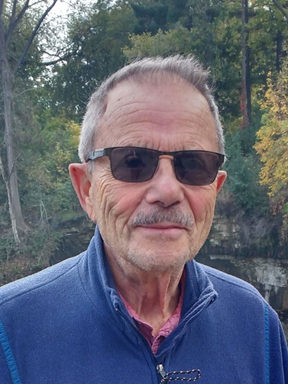 Dudley Flamm died on June 25 at his home in Northfield, Minnesota.  He was ninety years old.  He was born in Brooklyn, New York in 1931.  A child of the Great Depression, he often recycled and repurposed outdoor equipment and household items for friends and family long before it became popular.  As a young man, he was active in the Boy Scouts and became an Eagle Scout, which helped a city kid develop a lifelong passion for the great outdoors.  For many years, he also served as a scout leader in Northfield.

After Dudley earned his B.A. from Columbia University in 1952, he joined the U.S. Navy.  For two years, he was a staff officer in Washington, D.C.  Then he served for two years as the executive officer of the U.S.S. Paiute, a repair ship.  In the military, he learned to scuba dive, spearfish, and speak Spanish, which he put to good use at ports of call in Latin America.  He also crossed the Arctic Circle and navigated a tropical typhoon.

After Dudley completed his tour of duty, he took full advantage of the G.I. Bill.  He traveled in Europe and earned an MA in English and Comparative Literature from Columbia University in 1958.  The following year, he met and married Ellen Schloss.  Together, they had three children: Michael, Eric, and Maya.  After he received his Ph.D. from Columbia University in 1964, he joined the English Department at St. Olaf in 1965 and moved to Northfield, which became his home for the rest of his life.  Never again did he consider living in New York.

A man of many words and interests, he embraced the adventurous life.  He rode motorcycles, canoed and camped, whitewater kayaked and alpine skied all over the western states and Canada.  He created sculptures and repaired automobiles, bikes, and appliances.  To him everything manufactured was customizable and nothing was off limits.

Of all his hobbies and projects, he may have most loved to kayak – he ran more than seventy rivers in North and Central America.  The combination of water, wind, and sun gave him enormous satisfaction; he took his last whitewater trip on the Kettle River in Banning State Park at eighty.

Dudley was truly a force of nature.  He possessed an inexhaustible supply of usually accurate information about almost everything from literature and film to food and politics, space exploration and Jewish actors in the original Star Trek cast.  At times he could overwhelm you with his opinions.  Many who encountered Dudley saw him as a legendary figure from the mystical land of Brooklyn or a true curmudgeon.  But he was also a loving and loyal man.  If he was your friend, you cherished his stories and knew that in a crisis you could always count on him.

You also knew that Dudley was extremely generous with his knowledge and possessions.  A lifelong learner, he never hesitated to teach others how to repair bikes, ride motorcycles, build darts from shingles, or understand Judaism.  When he could no longer pursue his outdoor passions, he was extraordinarily intentional about giving away his outdoor gear and work tools to those who would most appreciate and best use them.

Dudley divorced in 1978 and married Beth Wickum in 1990.  For the next three decades, they celebrated life together with love, friendship, laughter, and adventure.

Dudley is survived by his wife Beth, his three children, and four grandchildren (Olivia and Jonah, Austin and Alexandra).  He is also survived by his sister Jeannette Brockman and her sons (George and Josh).  The family will hold a private service and requests no memorials in his name. 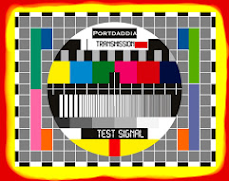