Jerry Falwell Jr. Genuinely Perplexed At Kerfuffle He Finds Himself In 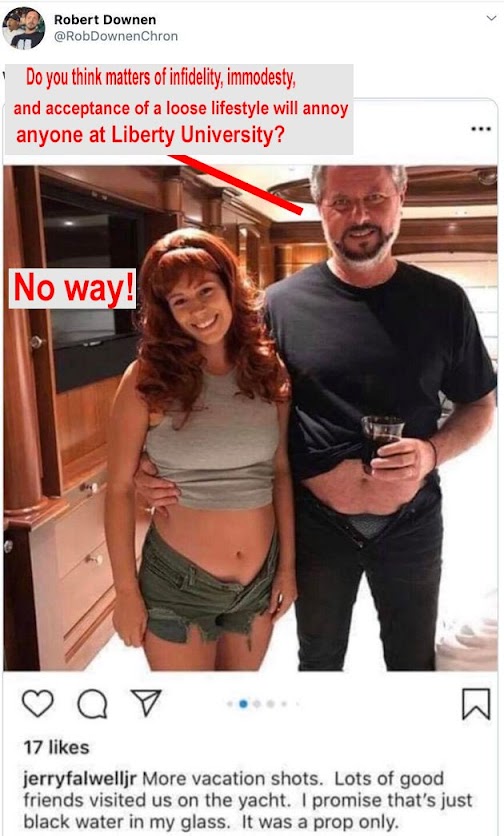 Liberty University filed a lawsuit against its former president Jerry Falwell Jr., alleging that he breached his contract and fiduciary duties to the school as he sought to cover up a personal scandal.

In his defense, Falwell Jr. said that he didn’t know that posting on social media a picture of himself holding a glass containing a dark liquid and standing with an unrelated pregnant woman would be controversial. Both had their zippers partially down, and Falwell joked that the drink was “a prop only.”

I guess we all need to live and learn.