Some common questions about cats explained 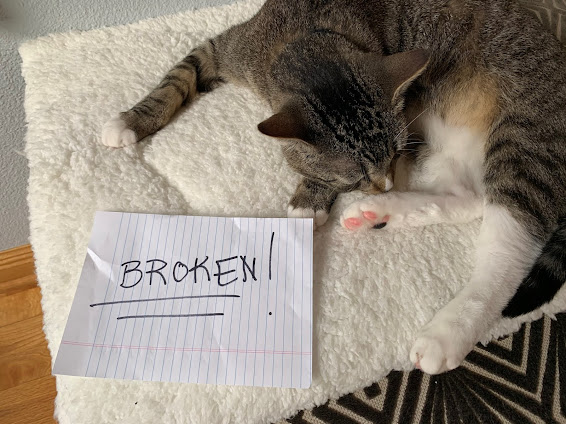 What the hell is the cat doing?

The cat is vibrating due to neurological stimulation from brain activity. The purpose is uncertain, but it does seem to be associated with activity that angers humans. Some believe that the frequency of the vibration can be associated with greater psychic power. This vibrating is not to be confused with purring, which reinforces peoples’ anxiety about not spending more quality time with the cat.

Why is the cat on my pillow?

As predatory animals, cats are hard-wired to hunt, chase and roam. These activities, whether directed at a Pepsi bottlecap or at a new feather toy in your living room, consume a large amount of energy. To make up for such a fierce theoretical lifestyle, a typical cat must spend 15 hours per day sleeping. Also, because cats are crepuscular and thrive off surprising their humans, they are most active during the twilight hours of dawn and dusk leaving most of their day directed at storing energy and Minecraft.

What does ancient Judaism teach us about the cat?

Cats are not mentioned at all in the Bible, which gives them great leeway in directing scholarship to further undermine dogs. For such efforts, dogs are generally understood to be held in contempt in Israelite society due to their penchant for dining on blood and carcasses (I Kings 14:11; 16:4, 21:19, 24, and 22:38). They were regarded as real pains in the asses for roaming about at night, barking and howling, in search for food (Psalms 59:7, 15).