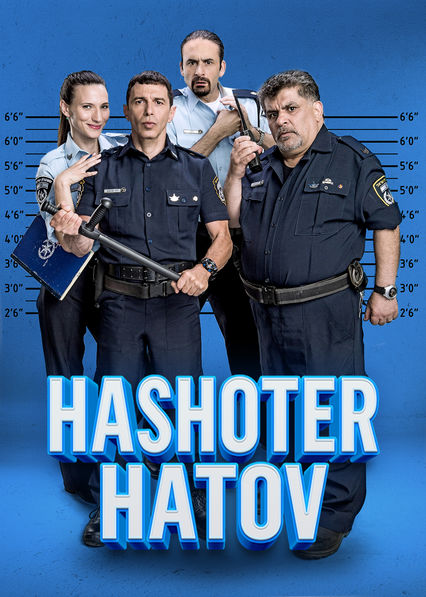 “Hashoter Hatov” or “The Good Cop” is an Israeli situation comedy about a fictional police station. The humor is slapstick and sometimes puerile, but surprising, if not downright bizarre.

The main character, a police officer named Dani, is played by Yuval Semo, a deadpanning everyman who is never alarmed about what his job brings him.

In one episode, one of Dani’s comrades, a Palestinian policeman, is kicked in the head by a donkey and awakes to believe he is Jewish and a religious Zionist living in a settlement in the West Bank. He is so overbearing and sanctimonious Dani buys a donkey to kick him in the head again so he doesn’t have to suffer such pompous righteousness.

In another episode, the worst possible assignment for a policeman is explained as the Jewish enclave in Hebron, protecting the Jewish settlers in the extremist settlement of Kiryat Arba.

I admit I am not a frequent viewer of Israeli television, but I am pleasantly surprised to see the settlement enterprise openly mocked in popular culture.