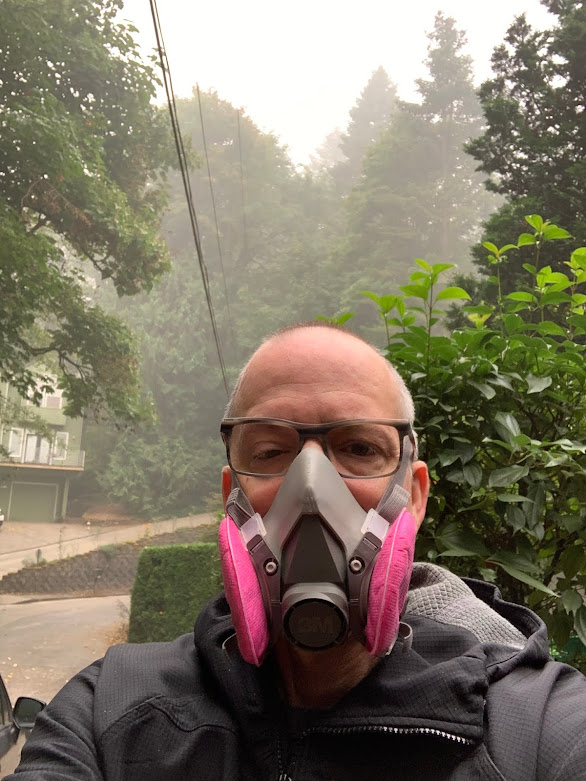 We are safe from the historic wildfires in Oregon but will be breathing hazardous air for a few days more. My throat is raw and a low-grade headache throbs but better weather is on the way in the next few days.
Looking at the satellite footage, the east wind has blown smoke way out into the Pacific Ocean and up to the Gulf of Alaska. When the normal westerly winds prevail all that smoke will come back to us -- so it may take many days before the skies are clear.
There are no clear skies for hundreds of miles, virtually the entire state is smokey. 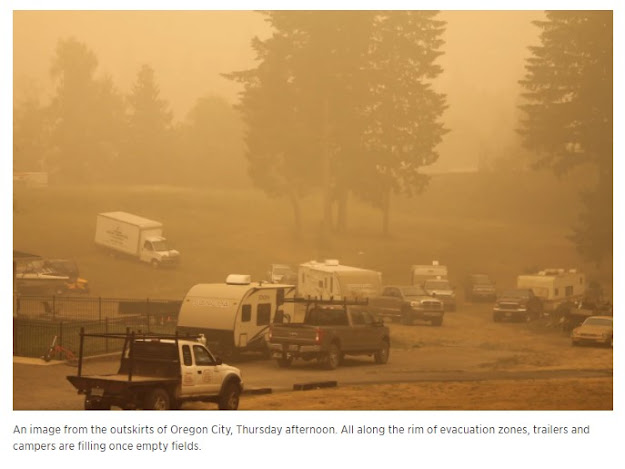 The above photo is from Willamette Week. The fire came within a few miles of Oregon City, a significant population. A friend from Oregon City evacuated his home and went to Hood River. The below picture is of the Columbia River and Gorge.

The initial windstorm that fueled the fires blacked us out for almost two days -- long enough to have to pitch out everything in the freezer and refrigerator. And yes the pandemic is still going on, too. Local armed militias in small towns are stopping cars to let people know they are providing "safety." Law enforcement officers have spread the false rumor that Antifa started the fires. On this point, media has pushed back hard that this is pure bullshit. On a local newscast a firefighter raged at the idiocy prompting people to spread the false rumor.
"Save the drama for your mama," he told the camera.
Good advice. Clear air stoke!