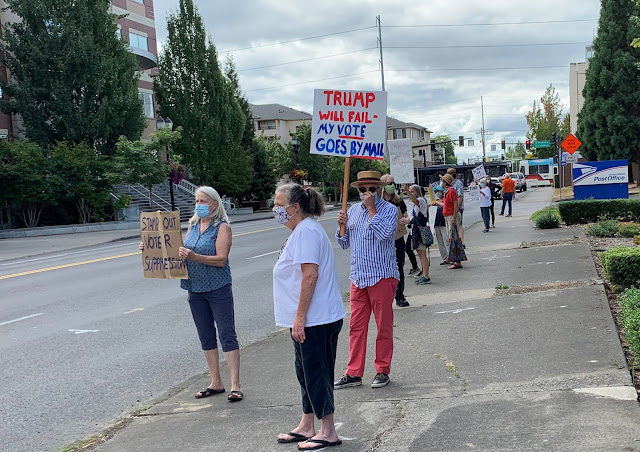 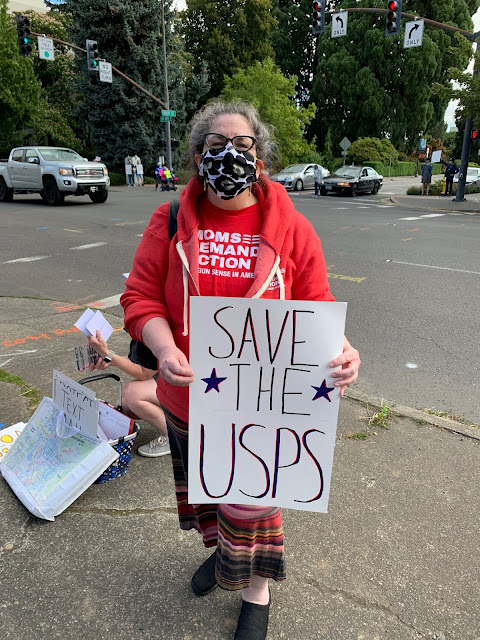 Today I set a personal record and attended two protests. Perhaps this level of involvement is the new normal – I sincerely hope not.

The first was outside the post office in Hillsboro, an action calling for strengthening and supporting the post office so we can have a safe and fair election in November.

The action was sponsored by Moms Demand Action Against Gun Violence and was well attended by middle-aged women and senior citizens. Most drivers honked as they passed, showing support, and throwing a wave or two. Only a few Trump supporters drove past.

The next protest was to counter a rally by white nationalist in downtown Portland.

As soon as I arrived the violence started. Water bottles began to be hurled from side to side, with lines like a medieval battle with shield walls and helmeted warriors. I saw a skirmish and saw what looked like a stream of water arc out from the crowd with MAGA hats, black and white American flags, and Blue Lives Matter signs. By the time I figured out what it was, the pepper spray had drifted the twenty yards and my eyes, nose, throat, lungs were on fire.

I immediately retreated to the back to clear my head.

When I returned, the white nationalists were retreating while being heckled by anti-racists with megaphones and a drum corp.

Soon the Portland police became involved, throwing flash-bang grenades and setting up their own lines of defense. They announced that the assembly had become unlawful and those who refused to disperse were in danger of injury or arrest

I followed the drummers up a side street only to encounter a cloud of tear gas. I had not brought a respirator, not believing a protest occurring in the middle of the day would deteriorate to a riot. Live and learn.

I beat a hasty retreat, believing everybody had got what they wanted from the day’s activity. 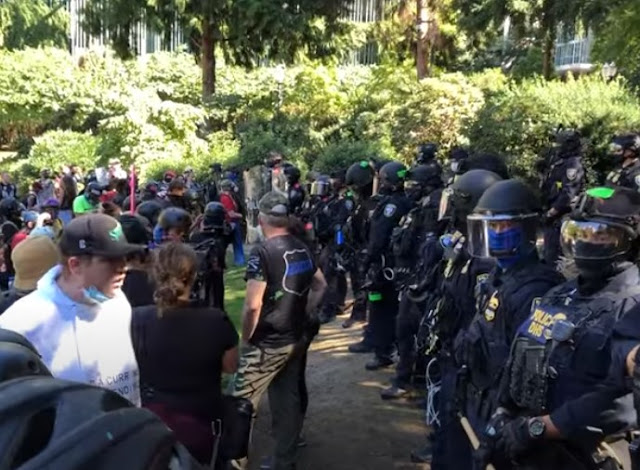 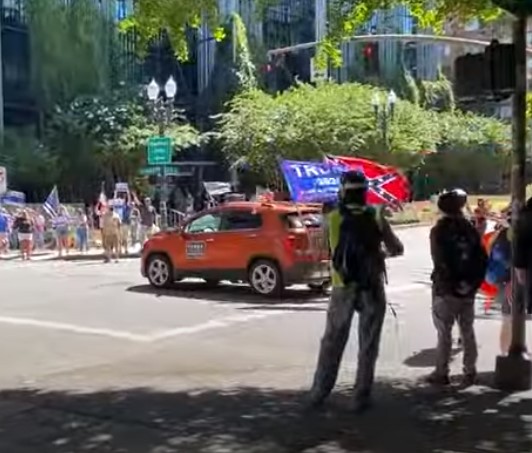 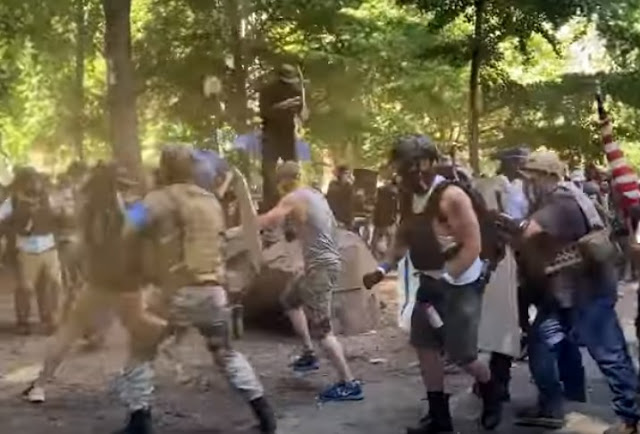 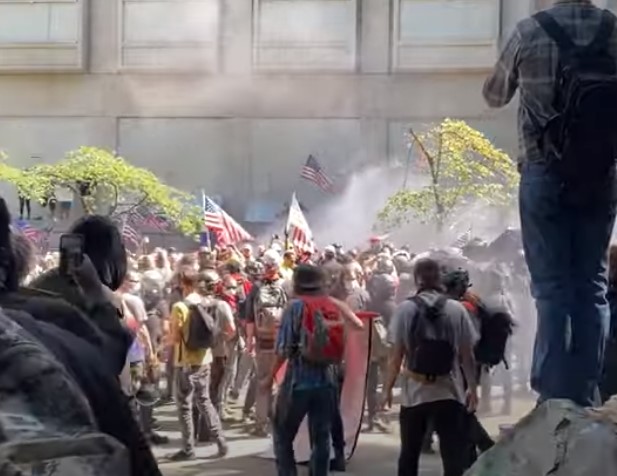 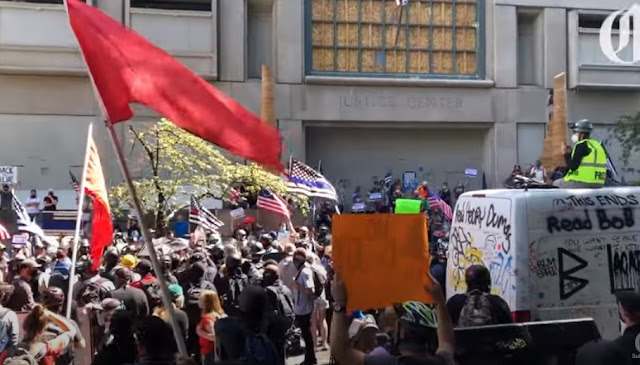 Email ThisBlogThis!Share to TwitterShare to FacebookShare to Pinterest
Labels: Protest