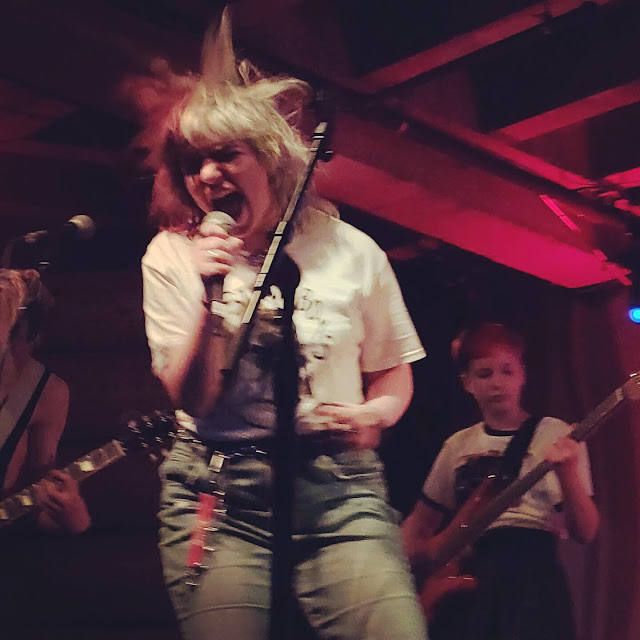 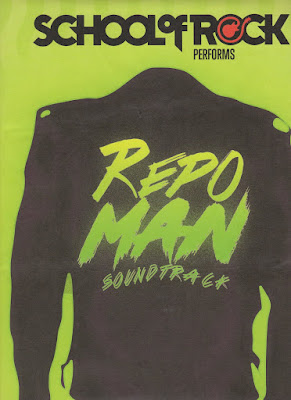 So proud of the daughter for performing the Repo Man soundtrack at the School of Rock. I love the music as well as the movie, which spawned years of oblique references.

The kid was the headliner, as she was lead vocalist on “Institutionalized,” arguably the most iconic of all songs on the soundtrack and the one that closed out the show. She gave a raw, electrifying performance. No half measures with this song -- go wild and loud or go home.

Other excellence included “When the Shit Hits the Fan” on which she played guitar.
Often it was hard to hear the vocals, but as this was a tribute to punk rock a glossy perfection would be anathema to larger aesthetic concepts. Other high points included two rockin' songs in Spanish.

I am so happy the kid wanted to perform the songs of my youth – she could have done a Hall and Oats showcase, the Lion King soundtrack, or just played a tambourine at a drum circle. But no, she chose the raw angst bubbling out of suburban rebellion. Rebelling against what, you might ask. What do you have?

Here is the “Institutionalized” video:

Here's a blast from 2013 with "Wilderness Punks"