This fourth of July I was in Hood River without the kids. Did I go to the parade -- of course!

The parade is a direct barometer of the town, its businesses and politics, as well as social attitudes. 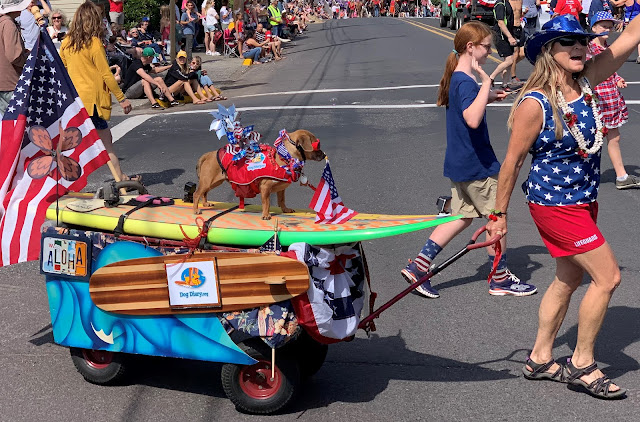 Gone was Evel Knievel on a trick bicycle,  but the woman with a dog on a surfboard with wheels was there (this year was a new dog).

I was happy to see political statements in support of immigrants and environmental issues, but these were the minority, the usual marching bands, boy scouts, churches and other civic clubs being the mainstays.

I don't have any hard takeaways other than there is a lot more going on than I am aware of, both the good and the bad.