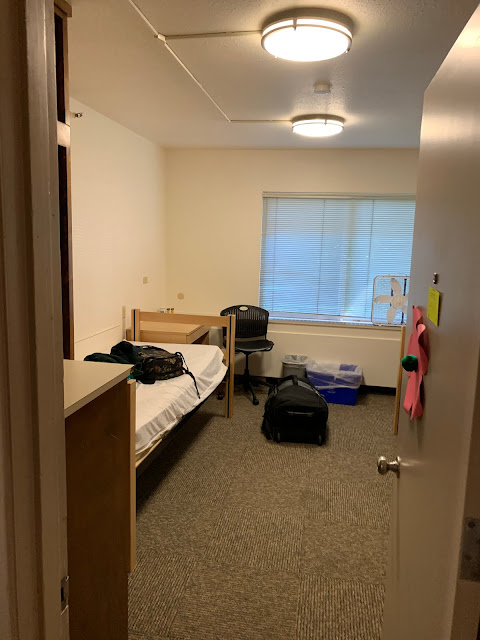 I graduated from college exactly 30 years ago. Recently my daughter signed up for a sleep-away drama camp which is housed on my alma mater.

Coincidentally she is rooming in a dorm block I once stayed in. I was curious to see what, if any, changes occurred since I roamed the halls.

Oddly, no changes to the individual rooms. None. Zero. When I looked at the desk and dresser, I was taken way back to the weird days of my youth, seeing my own stupid self with a plethora of sporting goods in tow. 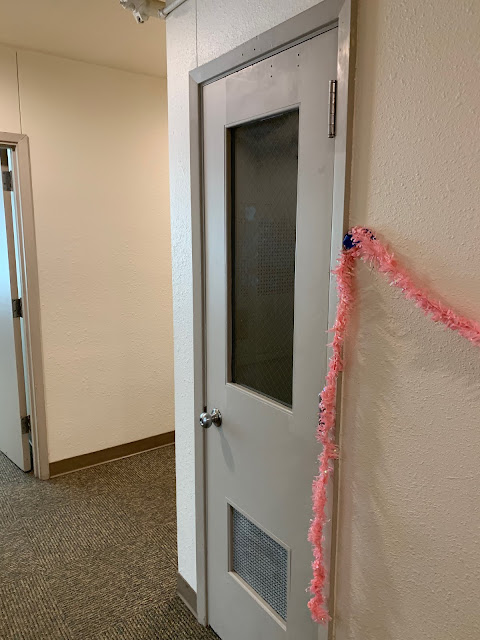 When I first showed up for college in 1985, this little room housed the floor phone. The next year each room received its own phone. In the day when the hall phone would ring, someone would answer and trek to the person's door or yell, and perhaps scribble a message on the pad of paper mounted on the door.

The first week of my freshman year I remember one kid's mom calling incessantly about her son, who wasn't living on our floor -- a clerical error subjecting us to this woman's misplaced concern. I remember meeting the kid, who wore a blazer -- something that just wasn't done in 1985 college in Oregon. He had been dropped from a fancy East Coast college and thought this was how one dressed. We became friends, his sartorial choices improved, and I never mentioned it again.

We had both grown up in Minnesota, so after college I visited him at home where his mother showed her prowess with a rifle, shooting at a target from her patio while the family ate dinner. First impressions can be deceiving.