The kid was being a pain in the ass, asking for high-fives when I conversed with others. I told him he was devaluing the gesture and I wouldn’t be high-fiving him.


Of course, I immediately felt like a crappy dad for making the blanket statement I would officially abstain from high-fives.

Making things worse, LSS pointed out there were immigrant families separated and there were dads who wanted to be with their kids, high-fives being a luxury.

I told the kid I would give him 5 high-fives a day, to preserve the integrity of the gesture. If I just high-fived the kid for no reason, whenever he wanted, then when he did something excellent I would need to figure out a new gesture – something, apparently, I am incapable of doing.

The five a day was a really bad decision, lasting about 45 minutes, as the philosophy of the rule immediately came into play. Soon after the rule launched, the kid said something witty, deserving of a high-five. When I gave it to the kid he wanted it to be gratis and not applied to his high-five tab. I agreed, but then realized that every high-five I would give would now be subjected to analysis on whether it was a worthy high-five, and not included in the five count, or an unmerited high-five to be counted.

I realized my folly, deciding to just dispense all the high-fives under the sun.

If you see me on the street, raise your hand and say, “Dude!” and I will smack it – Well done! 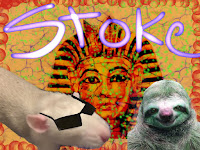