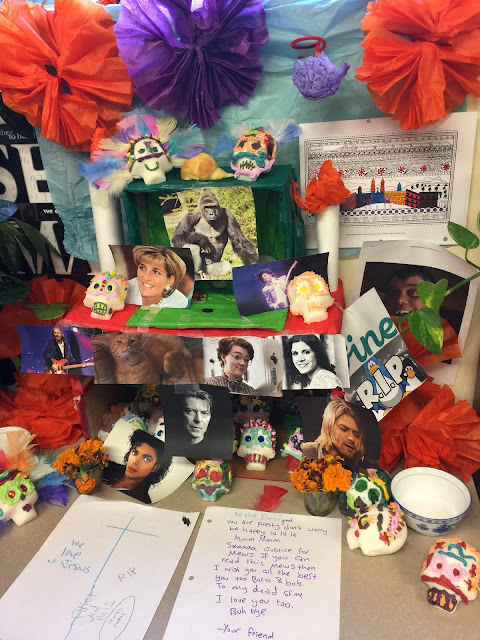 The above is the oferenda the 12-year-old's class created in Spanish to commemorate the dead.

The kid was particularly proud to have found the picture of Harambe, the gorilla, to put on it.

Harambe was shot to death in 2016 by Cincinnatti Zoo employees when a three-year-old fell into his enclosure. A public debate ensued around the human-zoo issues, if Harambe needed to be shot, childcare in public places, and so on.

The kid even followed a human's Twitter feed for a time called Harambe Depot (@HarambeDepot). The tagline on the account: "I don't know why they shot me, I was doing a better job watching the ladies kid than she was."

The kid is media savvy, latching on to Harambe because the dead gorilla's fame has become so widespread. Or maybe not. The kid feels deeply the suffering of animals and the unfairness of the world. Hard to know.