Good Comedy Not Restrained By Language 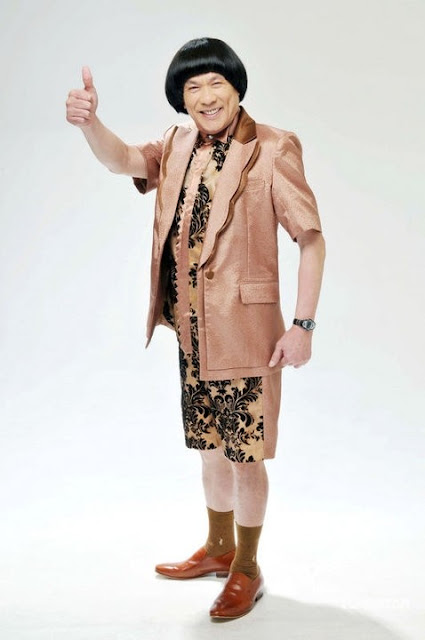 Pictured above is Chu Ke-liang, a comic I came to appreciate when I lived in Taiwan from 1989-1994.

Chu seemed to be on the television every time I turned it on, on toothpaste commercials, talk shows, sit-coms -- his trademark goofy haircut and overacting making a lasting impression. A friend from Taiwan recently sent me a picture, asking me if I remember -- how could I forget?

Most of the time Chu spoke Taiwanese, a dialect unknown to me. But even when he spoke Mandarin I rarely understood what he was saying. Still, the physical comedy he employed, his overblown expressions, his dorky costumes, were the language of universal comedy.

My friends told me that many found him crude with over-the-top sexual references, as well as personal scandals dimming his star.

I looked around the internet for a video of his schtick. I didn't find a concise comedy one, but the one below is decent quality and shows him signing a comic Taiwanese song.