From The Mind Of A Ten-year-old: Fashion Design 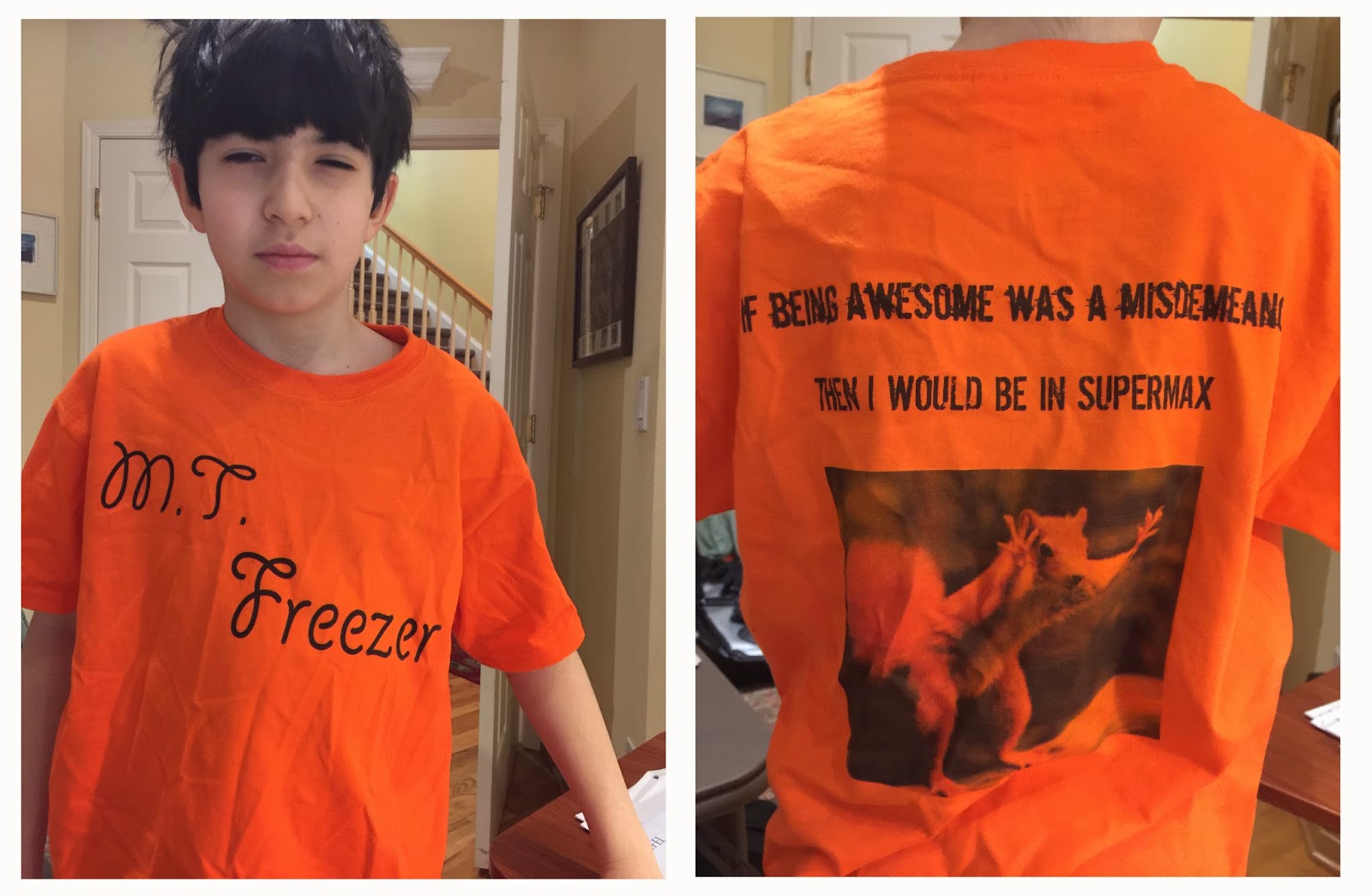 Back:
If being awesome was a misdemeanor
Then I would be in supermax

I suggested to the kid that the word "crime" instead of "misdemeanor" might make his message more readily digestible to the public, but he would have none of it.

The kid's thinking was that his awesomeness would translate to such a vast amount of misdemeanors that society would have no choice but to put him in a supermax prison, even though the nature of his criminal offenses were fairly minor.

The squirrel sums things up nicely.