Had a pleasant weekend of various distractions. Starting off, Saturday morning LSS and myself went to the supermarket for a mock date, leaving the devil spawn plotted on the couch where they remained for the 40 minutes until we returned. Scientific methods would be needed to determine if they had moved at all during this time -- mischief-making would have taken too much energy.

Next we saw a fine animated film, Wreck-it Ralpf
This Disney film delivered some laughs with a pleasing riff on video games old and new. We all agreed it was a fine work, but not worthy of further study.

We saw some art for Día de los Muertos, which is always a colorful and quirky celebration, refreshing after the enforced gloominess of Halloween. 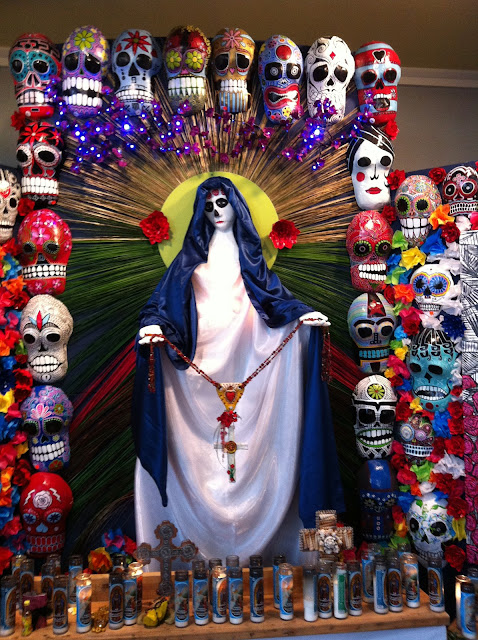 Not giving in totally to the gray skies we went for a brief nature hike before running to a bakery for sustenance from the (mild) cold.
A fine weekend! Now back to our regularly scheduled programming.